The Hashtag that needs to replace #OscarsSoWhite in 2018.

It was January of 2015 when #OscarsSoWhite became a hashtag that would ultimately influence an increase of 774 members to the Academy of Motion Pictures Arts and Science.

That year, there were no people of color nominated in the acting categories. In 2016, it would resurface for the very same reason.

I focus on diversity and inclusion and culture for a living—and yet I was conflicted by the hashtag. I wanted to see a #HollywoodSoWhite campaign. After all, in both 2014 and 2015, there were not many candidates of color that had a lot of momentum up until the end of the voting period. 2014 brought us “Selma” and Best Actor candidate David Oyelowo. 2015 brought us “Beasts of No Nation” and Best Supporting Actor candidate Idris Elba. These were the only two candidates of color that had any pre-Oscar hype that would warrant a potential nomination.

In this, I was a bit bothered by people targeting the Academy for not nominating actors or actresses of color. After all, producers, studio heads, and other influential people in Hollywood decide what types of movies and roles are given to people of color. The Academy does not.

When 2017 rolled around, the #OscarsSoWhite hashtag was less prominent—this due to the six actors and actresses of color who were nominated, not to mention three best picture nominations for movies with prominent story lines around people of color. 2018 has seen a similar absence of the hashtag for similar reasons.

Moving away from #OscarsSoWhite for a moment, 2017 marked the beginning of a watershed moment for women in Hollywood. Both #MeToo and #TimesUp served as backdrops for the courageous and frequent sharing of dastardly treatment and poor representation of women, by women. As the year came closer to an end and the 2018 Oscar nominations were upon us, there was a lot of press around the potential for female-centric movies such as “Lady Bird,” “Wonder Woman,” “I Tonya,” “The Post,” and “Molly’s Game.” As well, there was hope in some corners that men who had been accused of sexual misconduct in the #MeToo movement would be shown the door in the form of no nominations.

When the reveal occurred on that Tuesday morning in January, “Wonder Woman” being shut out aside, there was more cause for celebration than not. James Franco, who was accused by multiple women of sexual misconduct, was not nominated for Best Actor, this despite him being a virtual lock-in just a few weeks prior. Greta Gerwig and Jordan Peele were both nominated for Best Director. 2018 also marked the first year that a black female was nominated for a screenplay award, and the first time in Oscar history that a woman has been nominated for cinematography.

Not exactly. In the articles and op-eds highlighting both the nominations and the progress in diversity lies a swell of folks making comments that go something like this:

“It’s no longer about the best performances and directing. It’s about the best that come from women and minorities. Otherwise, you’re sexist and racist.”

I always want to look at views like this from a lens of curiosity, seeking to understand. As I read the headlines from the various media outlets announcing the nominations, there was an intense focus on the diversity of the nominees and some shade thrown toward the Academy for “finally getting it right.” In this, it may be understandable why some would bemoan the nominations, this given the lack of focus on the strength of the performances.

For myself, I was initially put off by the claims of sexism surrounding “Wonder Woman” being snubbed for Best Picture and Best Director. After all, “Dark Knight,” a movie so acclaimed that its lack of nominations in those categories forced immediate changes to the voting process, wasn’t nominated for either. These are both superhero flicks and no super hero flick has ever been nominated in either of these two categories. Translation: the Academy does not yet fully appreciate superhero flicks.

So what’s the sexist fuss, right?

Why are we so focused on the diversity of the nominees instead of the quality of the performances?

Is #OscarsSoWhite fair since the Academy does not determine what movies get made or what roles people get?

These past two years should prove to everyone that with more quality roles will come more consistent nominations for women and people of color. Right?

Not exactly. While Hollywood must get cracking on putting more women and minorities in quality roles, that is not the end of the story. The Academy must see a changing of the art while there has not been much of a changing of the guard. After all, those 774 new additions represent, in reality, a mere one percent increase for women members and two percent for minorities. In this, new members do not a new outlook make. Over its 90-year history, the Academy has had a love affair with war stories, biographies, and movies that celebrate triumph that people can get behind. Meanwhile, women and minorities are often exploring movies that reflect their history, their realities, and their pain. The challenge is, the Academy has not fully embraced the pictures these movies paint.

In my day-to-day travels doing diversity and inclusion facilitation, I have noticed an increasing fear and an anger from men, mostly Caucasians, around the constant drumbeat of activism for the good of women and minorities. In some circles, there is an “enough is enough” mantra, and in others, a “what about us?” one.

Putting this all into perspective, we’ve had campaigns and movements over the past few years that have been loud and continuous. These efforts are hitting some resistance from people who find them divisive, unnecessary, and misguided. Meanwhile, the Academy is trying to find its way against a historical voting preference that generally steers toward safe movies that don’t ruffle too many feathers. Obviously, there are exceptions to this, hence the use of the word “generally.”

With all of this said, I have no problem with #OscarsSoWhite appearing every year, though I would like to see one called #HollywoodSoWhite. As well, if media outlets want to build headlines around the progress of diversity in the nominations, good on them.

Here’s the thing, and there’s really no way around it. There must be a constant and intentional focus on improving diversity, inclusion, and treatment of women and minorities to counteract the sexism, racism, fear, and ignorant blindness that still exists.

The Academy needs to wake up to the world and get out of their own comfortable way. If others must egg them on, shame them, or replace some of the members to get this done—fine. To those who claim that minority actor X or female director Y was nominated strictly for their race and gender? Ask yourself what led you to that conclusion. If it had anything to do with historical trends that are now being shattered, wake up and think about what mindsets may have driven those trends in the first place.

Final point: I am not Emily Lindin tweeting that I am “not at all concerned about innocent men losing their jobs over false sexual assault/harassment allegations.” If person X gets nominated over person Y because the movement influenced members, person Y will still get work and be relatively well off. Of that, I am certain.

Final point, part deux: Am I willing to change my stance on the “Wonder Woman” snubs and its ties to sexism? No. But I hope for the sake of “Wonder Woman 2” or the next “Deadpool” that the Academy can finally start appreciating how difficult it is to make a quality (ahem, “Justice League”) superhero flick. 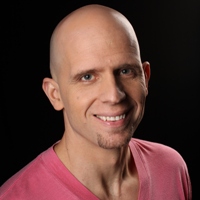