The Hole in your Wallet you never knew you Had. 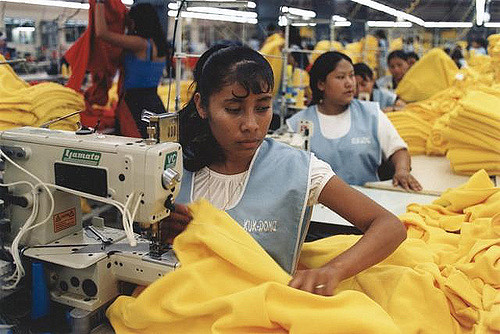 I no longer want to be a person whose actions contradict my beliefs, ideals, and values.

Admittedly, I have purchased items I did not need, in unnecessary quantities, from stores that I knew were unfair to their workers. Clothing hangs in my closet that I collected at prices that did not make sense, but were so inexpensive, I bought two. Because I “needed” two.

I was part of a family that guzzled gasoline like water to fill the five vehicles in the driveway and the toys these vehicles pulled. I know what the term cognitive dissonance means; it is the mental state I have been living in for over 20 years.

Here I am, at age 51, finally understanding that living an inauthentic life does not serve me or the world around me. This mental discomfort of mine started in 2011 while listening to a colleague speak about the effects of carbon emissions. He described a term called “negative externalities,” as the costs from economic activity that are borne by those “external” to the transaction.

He started with a simple example: a case of plastic bottled water for $5 fails to account for the hidden cost of land or ocean needed to house plastic garbage for eternity. After his presentation, he commented on the abundance of plastic water bottles scattered around our office and the crazy amount of SUVs lining our parking lot.

At least two half-consumed water bottles belonged to me, and the keys in my pocket could start the white SUV. After his departure, I began researching negative externalities. I felt sick.

I worked on the sustainability team that built environmental, social, and governance metrics into the analysis of the investments the firm purchased for our clients. Outside the office, I did not live sustainably. I lived in a state of cognitive dissonance instead. It felt hopeless to me. Excess and short-termism are ingrained into our economic system and the psyche of most Americans (certainly mine). How could my actions change anything?

So, I folded the knowledge into an origami bird and slid it deep into the recesses of my brain and went on living. Inauthentically.

This bird has wings and is meant to fly, not to remain trapped in my cage of crazy. What if I told you the shirt you just purchased for the ridiculous price of $13 had a negative effect on the very person (or persons) that created it? Would you still feel good about your purchase?

In our world of consumption, everything has a price; but the price…is not really the price.

In an article from the Los Angeles Times published this summer, we meet Norma, a woman who works six eleven-hour shifts a week in a factory outside of Los Angeles for $6 an hour. The work is grueling. Many large retailers use this factory to manufacture clothing in the United States.

The “Made in America” label makes consumers feel warm and fuzzy. The factory is underpaying its workers. Norma and hundreds of others filed suit to recoup back pay from the major retailer, Forever 21, whose clothes they sew. The retailer was found not responsible, because the law specifies the ability to recoup back bay from a manufacturer. Forever 21 is a retailer.

“This whole problem devolves from the retailer,” said David Weil, the former head of the Labor Department’s Wage and Hour Division, which led that investigation. “They force the production costs to as low as they want because of their power in the supply chain, with the result of ultimately the workers bearing the whole cost and risk of the system.”

So, imagine a cotton dress priced at $24.90. If workers were paid the federal minimum wage of $7.25, the actual price of the dress would have been $30.43. Even higher if they were paid the Los Angeles minimum of $12. In this example, we have a negative externality of $5.53 using the federal minimum wage, right? Actually no. Negative externalities reverberate into our social structure. I invite you to ponder the social costs of poverty.

Companies exploit unaccounted costs to increase profit. Consumers ignore the negative effects of their purchase, through the delusion of paying less. Financial markets focus on perpetual increase in value. The mindset of this triumvirate has proved a recipe for disaster.

It comes down to this: the byproduct of corporations doing business in the name of profit are harmful and expensive to the rest of society.

“Economists call such economic damage a ‘negative externality,’ but to normal people that is stealing.” ~ Ryan Cooper

Here is another example from 1920 when the concept of externalities was first publicly introduced by the British economist, Arthur Cecil Pigou. Mr. Pigou wrote a book called The Economics of Welfare in which he spoke of the social side effects of pollution. By his estimation, the smoke pouring from the steel factories caused £200 worth of damage for every £100 the steel makers earned, and this estimate did not include health care costs.

Mr. Pigou surmised that if markets worked properly, meaning factories bore the cost of the pollution they caused, then they would likely invest in ways to prevent it.

Unfortunately, this is not what happened. Instead, Mr. Pigou believed, “Economics was the instrument for benefiting human life” and solved for negative externalities by introducing a new revenue stream for governments known as Pigouvian taxes. Hell, if companies were not going to be made to bear the cost, then at least the government should intervene.

In the United States, we have regulatory agencies, part of the executive branch of our government, tasked with enforcing standards and safety over the use of public goods and commerce. The Food and Drug Administration (FDA) and the Environmental Protection Agency (EPA) are two examples of agencies authorized by the legislative branch to set industry standards and penalize violators in the form of hefty fines. It’s the United States’ version of Pigouvian taxes.

But times are changing. The current administration wants to remove the restraints that enforce any modicum of accountability for the sake of economic growth. The New York Times article titled “Leashes Come Off Wall Street, Gun Sellers, Polluters and More” clearly (and most disturbingly) tells of the crumbling foundation of regulatory policy. From the aforementioned article:

Does anyone really want to see economic growth unleashed?

I know. It feels hopeless. Hopeless and fearful is exactly how “the powers that be” want us to feel. That origami bird—it is in the shape of a phoenix. She rises from the ashes of ignorance and flies with the purchasing power of her left wing and the voting power of her right.

I hope I’ve offered some useful ways to put your phoenix in flight and keep her soaring. The world needs each one of us to wake up and flap our wings. The time is now. 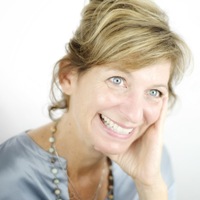