The New Policy that makes it Harder to Keep Women Safe on Campus.

Something is rotten in the state of DeVos.

Women, what should we do with unwanted attention?

And by unwanted I mean unsolicited—any attention or behavior directed toward us that we didn’t want. Attention that we may even find offensive. You know what I mean: the leering, lewd comments, or encroaching on our personal space.

A recent article in the Washington Post, titled “The Perils of Being a Woman Who Just Wants to be Left Alone,” explores the plight women face with unwanted attention, which can sometimes be aggressive and threatening.

As women, we vacillate between being kind and polite, “no thank you,” to ignoring and avoiding, to a firm “no, leave me alone”—understanding all the while that there is no well-marked road map that leads us to our destination safe and unharmed; and no matter what path we choose, it might even provoke more aggression toward us.

Unfortunately, it is unrealistic for women to walk around making citizen arrests every time we feel offended, especially since the offender may leave before we get the chance. And in many cases, we’re able to walk away physically unscathed. But what remains are feelings of disgust, feeling demeaned, the offender’s lack of accountability, and the injustice for “putting up with” offensive behavior.

Now, imagine being harassed on a regular basis, or in a place where it isn’t easy to walk away.

Sexual harassment is hard to pinpoint because often, there is no physical contact; and of course, we still can’t ignore that one third of all harassment cases are physical in nature.

If you are in college, planning to attend, or care about women who dream of college, there is a new policy—drafted by Betsy DeVos, the United States Secretary of Education, and to be upheld by the Supreme Court—that we need to know about to help keep college women safe.

It states that the term “sexual harassment” is only reserved for repeated complaints or the most egregious allegations. The new rule would define sexual harassment as “unwelcome conduct on the basis of sex that is so severe, pervasive and objectively offensive that it denies a person access to the school’s education program or activity” (New York Times).

As we can see by DeVos’ language, this new rule narrows the scope of sexual harassment and assaults and holds schools accountable for only “formal complaints.”

This is alarming because we know that for assaults on female students, only 20 percent are reported.

DeVos’ new rule will become the colander of sexual harassment and assault reporting, where only the “pervasive” and “so severe”as to deny a student access to education will be taken seriously.

This sends the message that students need to endure being harassed to the point of psychological distress, physically attacked, and traumatized to the point where our education is jeopardized in order to render justice. Let me rephrase that: in order to just be heard by college administrators.

Another important change DeVos is implementing that strays like a feral cat from the previous administration policy is allowing individual schools to choose between the two evidentiary standards: “preponderance of evidence” or “clear and convincing evidence,” and to decide on the benefit of an appeals process.

Why should this worry us?

Historically, it has proven difficult to provide “clear and convincing evidence” when it comes to sexual harassment and assault, and it is likely colleges will choose the stricter standard. We have already seen the financial incentive colleges like Ohio State, University of Southern California, and Michigan State University have grabbed hold of—leading them to deny due process for the victim, and keeping harassment cases systemically unreported.

Also, DeVos maintains her already instituted policy of using mediation as a means for informal resolutions because it “would add the ability for victims and their accused perpetrators to request evidence from each other and cross-examine each other.”

Yes, you read that right. She would prefer that women who have been assaulted and psychologically traumatized directly face their perpetrator to ask them questions about their traumatizing experience. The previous administration’s stance on this was that they: “strongly discouraged parties from personally questioning each other during hearings, believing it would be traumatic or intimidating, thereby possibly escalating or perpetuating a hostile environment.” Finally, sound judgment.

DeVos’ rule is enforcing women to endure persistent harassment to a severe degree, to show unequivocal proof with either poor academic performance, personal physical evidence, or evidence from the perpetrator, to prove it happened on school property or at a school-sponsored activity, and then to make a formal report to the school administrator or police department.

And, as long as the college provides “supportive measures” to the victim, the college will not be penalized if they forego a formal filing of the assault or harassment.

Again, we see another federal incentive to reduce the number of sexual harassment and sexual assault cases recorded or pursued by the college, which is interesting given that DeVos argues that her initial reason for this policy overhaul is due to “a lack of due process.” Yet, it seems with her new policy, she will have filtered out so many cases, colleges will no longer have a need for due process.

This may sound disheartening, but it can also serve as a reminder that we do not have to accept even one incident of sexual harassment. We can empower ourselves and regain control of our personal space, our education, and our work space.

In her book, Back Off! How to Confront and Stop Sexual Harassment, Marsha Langelan recommends these steps when in the midst of being harassed:

>> Do the unexpected. Name the behavior. Whatever he has just done, say it, and be specific. For example, “You just told me a sexual joke using women’s breasts and a man’s penis.”

>> Hold the harasser accountable for his actions. Don’t make excuses for him; don’t pretend it didn’t really happen. Take charge of the encounter and let people know what he did. Privacy protects the harasser, but visibility undermines them.

>> Make honest, direct statements. Speak the truth (no threats, no insults, no obscenities, no appeasing). Be serious, straightforward, and blunt.

>> Demand that the harassment stop.

>> Make it clear that all women have the right to be free from sexual harassment. Objecting to the harassment is a matter of principle.

>> Stick to your own agenda. Don’t respond to the harasser’s excuses or diversionary tactics.

>> Their behavior is the issue. Say what you have to say and repeat it if they persist.

Remember, under Title IX, women have the right to receive an education in a safe, nondiscriminating, and nonthreatening environment, and when that is not upheld, we have a right to take necessary steps to stop it.

The American Association of University Women provides these action step:

>> Document—note the date, location, witnesses, and content of all harassment incidents.

>> Tell someone you trust about it. Do not keep this to yourself. Having a support system can cultivate resilience and may help you to report.

>> File a complaint with your school—by law, schools need to have reporting policies in effect.

>> File a complain with the U.S. Department of Education’s Office for Civil Rights (OCR).

>> Request a change of class schedule.

>> Request a change of residence.

>> Request a restraining order against the perpetrator.

“Feminism is the radical idea that women’s safety is more important than men’s feelings.” ~ Unkown 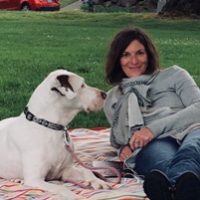