As a White Man, I’m Absolutely Terrified of Talking about This. 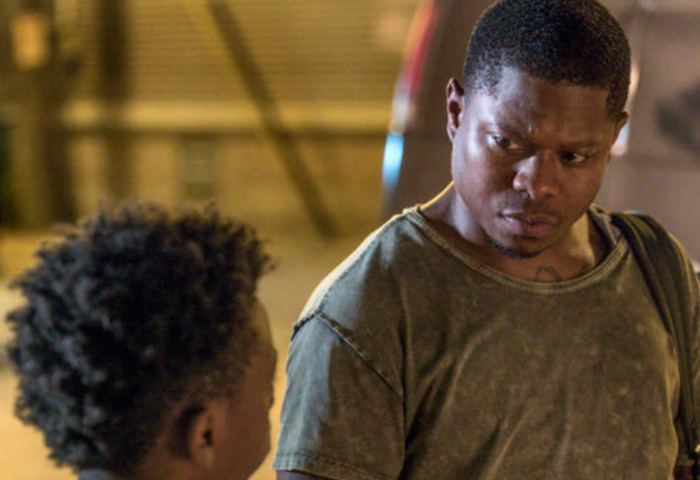 We need to have a serious conversation about violence in this country.

Over the course of one single weekend this summer in Chicago, 74 people were shot and 12 killed. So far this year, more than 2,300 people have been injured or killed due to gun violence.

This is an epidemic.

To be completely honest, I am absolutely terrified of talking about this. When race is brought into the equation it becomes difficult, as a white man, to say anything meaningful or relevant at all, without having the looming scourge of my whiteness, and the burden of guilt that it carries, be put under siege.

We see numbers like this and we can’t even begin grasp them. It just seems like another problem, in a world of problems, that we bear little to no responsibility for and can do virtually nothing about—other than to espouse fake outrage and mock guilt.

Yet, I can’t help but feel that we are in fact responsible, not just in some vague systemic way, but deeply and personally responsible. And it’s been a journey of mine to find the missing thread that connects our private and public selves—no matter how terrifying that journey may be.

Because beneath the statistics are the warm bodies, almost all of them black, caught in the crossfire of Chicago’s segregated gang violence. Brothers. Daughters. Grandmothers. Best friends. Like Jacquez Mack, who was shot dead last summer at 9 a.m. on a Wednesday for no obvious reason, by an unidentified shooter wearing a ski mask.

“That was my little brother, everyone knew him,” says Frederick Mack, “He put a smile on your face, he was just that bright.” When another young man was asked about the shooting, he responded by telling the interviewer at The Guardian that he was still wounded by his own brother’s death not more than a year ago—another young man shot in a similar incident.

So much death, and so little hope.

These are kids, man. And this is not just happening in Chicago; this is happening all over the country—in the forgotten cities and sacrifice zones that have been absolutely crippled by underdevelopment and mistreatment. How can these kids become conscious citizens of this world when they’re constantly fearing for their own life?

The truth is, the mainstream media is absolutely terrified to cover the issue of inner city violence, or cultural violence more broadly, with any kind of sincerity or forethought—and I can tell you why, at least in my humble opinion.

The mainstream media is afraid of “racism,” in the same way that we’re all afraid of being labeled as “racist.” I dare you to find a white liberal who would be comfortably using terms like “black-on-black crime,” “gang violence,” or “black underdevelopment” in public. They can’t, out of the unadulterated fear of being labeled a racist, even though these terms are representations of undeniable facts that are well worth talking about if we are genuinely concerned with fixing anything. I’ve seen this up close many times.

The other reason the media does not want to pay too much attention to systemic violence is because this issue almost solely concerns young men. Young black men are 18.5 times more likely to shoot at police than vice versa, and young black men are almost always the victims and the perpetrators of inner city violence. In the #MeToo era, where we are once again atoning for the sins of our past, however vague and distorted of an atonement that may be, it’s almost impossible to talk about “right masculinity” without getting a sneer and a mention of the oppressive patriarchy.

Boys need to become men. If they are not provided opportunities to do so, they will fall back on their aggressive nature and turn to violence to achieve manhood.

We need to collectively find ways to open doors for young men, giving them reasons to not be violent. If we can’t come up with our own reasons, ones that are good enough not to destroy the sanctity of the human body to achieve a feeling of power, then we can’t expect these young men to do the same. Many of them are preteens who accepted the gang life out of self-protection—the seduction of power so readily offered to the powerless. In many cases, their brains are not even fully developed before they fall into this nightmare of violence and depravity.

Boys need to become men, and if they see no means of attaining power, they will snatch their manhood with reckless impunity from behind the barrel of a gun. The culture of violence, which is the American condition, is the systemic relationship between fear and power, the unconscious acceptance of violence as a means to power, when in fact, acts of violence are actually motivated by feelings of powerlessness, shame, and impotence.

So, what the hell can we do about this?

We can start by having a conversation, but I see virtually no path to improvement unless we move beyond the issue of racism. While conditions for black america have continued to worsen over the past 30 years, “racism” has been measurably declining in terms of laws, hate crimes, and other relevant polling data. We need to get past the polarization of race in this country, which has been splitting us at the seams for far too long now. White racism is not preventing black progress in this country anymore; underdevelopment in black communities is the key factor to the racial divide—which is a consequence of historical oppression and the breakdown of the black family.

These communities need to be given a chance to heal and develop themselves, and we need to find ways of allowing that to happen. Boys need to find other ways to become men, outside the realm of violent action. We could be talking about job creation, infrastructure, educational opportunities, community intervention, anti-violence protesting, and improved policing.

One thing is for certain: the inner city can only truly transform itself from the inside out. What we can do from the outside is remain steadfast in this mutual transformation, which is truly for the benefit of everyone—for we are all intrinsically connected to each other and our fates are intertwined as a nation.

What we really need is an ongoing and active practice of “moral effort,” of facing ourselves and challenging our own innocence without falling into the helpless paralysis of guilt. We are all guilty, so let’s stop with this finger-pointing nonsense—which is useless and harmful.

In the wise words of author Shelby Steele:

“What both black and white Americans fear are the sacrifices and risks that true racial harmony demands. This fear is the measure of our racial chasm…It would be right to suggest courage as an antidote to fear, but the glory of the word might only intimidate us into more fear. I prefer the word effort—relentless effort, moral effort. What I like most about this word are its connotations of everydayness, earnestness, and practical sacrifice.”

And as far as I can see, moral effort is indistinguishable from love.