How we can Stop being so Dang Hard on Ourselves. 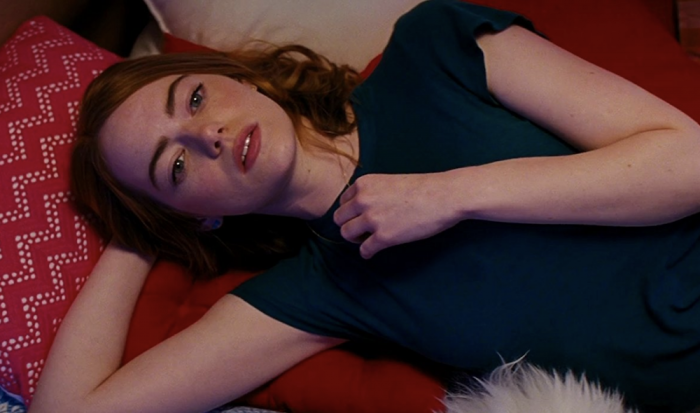 “I’m quitting. Now. I am so freaking stupid. Everyone hates me. What a joke.”

I spat these thoughts to myself—a brand-new yoga teacher not quite convinced that this “teaching” business was working out—as my phone rang abruptly through a loudspeaker, interrupting the first quiet minutes of my yoga class.

I recovered the sacred moments of meditation, quickly tap-tap-tapping to silence the offensive tone—but the inner criticism was as loud as ever:

I am so stupid.

We’re all culprits of this to some extent. I’ve caught myself, witnessed friends, overheard conversations in passing of strangers mumbling to themselves—all subtly guilty of degrading themselves in a way I hardly believe they’d do unto others.

My awareness of this harmful habit was heightened when I listened to a guided meditation through my favorite mindfulness phone app, called Headspace, specifically the third session of the acceptance-themed pack.

In the first minute of the meditation recording, Andy Puddicombe—voice of all things Headspace—softly points out that most of us ask ourselves a question or think in the first person. Regardless of what we say to or ask of ourselves, the fact that we use “I” tends to turn the mind inward.

As Andy mentions, “We become analytical, intellectual, rational, and logical” in our thinking. This doesn’t leave a lot of space for feeling before the mind takes over and begins answering for us.

Right away, I knew I had work to do in this department. As Andy’s voice faded and left me with my thoughts for the next 20 minutes, I asked in my head, “Have I been kind to myself?”

Gently redirecting my manner, I repeated the question in the second person: “Have you been treating yourself with kindness, Stephanie?”

As though I was listening for an answer with my hands folded in my lap and my eyes closed, I heard my inner voice reply, “No, no. You have actually been quite critical.” It hurt in a new way, because it felt like it was coming from a friend, rather than coming from me, the person I was accustomed to drowning out, ignoring, and ridiculing unconsciously for years. Rather than trying to answer my own question, I let my mind step aside for a moment to wait for the response. For the first time, I offered my soul an opportunity to have an empathetic conversation with my mind.

In the hours following that meditation, I found myself actively amending my internal dialogue to remain in the second person. It became a challenge to speak to myself like I would speak to a friend or acquaintance.

When I overlooked a text and forgot to reply after a stressful day, “I’m such a bad friend. I suck at getting back to people, she’s definitely going to hate me now, if she hasn’t already been talking crap behind my back about me being so unreliable,” became, “You had a long day, your mind must be all over the place right now. Don’t beat yourself up about forgetting to reply—that happens. Just apologize, explain yourself, and give her your attention now that you have the time.”

When the dread set in that I would, indeed, be teaching another yoga class later that evening despite my plea to the universe that nobody would show up, “I can just cancel. Yep, I’m canceling class. It’s going to be a disaster. Nobody will care anyway. I’m not meant to be a teacher, so why even show up?” became, “Just try. It’s terrifying, but you’re going to be alright. Everything is going to be okay. People care, that’s why they come to class! And you care, too, Steph. That’s why it’s time to show up—if not for you, for them. You’re meant to do this.”

After unveiling the habit that controlled my self-worth and observing how a slight change could make a tremendous difference, I noticed next that I was not alone.

I work alongside a team of close friends and yoga teachers in a brand-spanking-new yoga studio. We’re all dipping our feet into the water of our young business, figuring out how to make this fit into our lives. In doing so, we’ve had a lot of “oops” moments, between scheduling, advertising our presence in the community, and even just getting through the dang class (e.g., phone interruption mid-meditation). One of the yoga teachers (and my dear friend) reached out to our group of teachers in an SOS; “Wow, guys, I super suck. I didn’t even think about the fact that I have to leave for my interview. Anyone wanna cover [my class]? I’m so sorry for asking every week. I feel like such an ass.”

The interview she mentioned happened to be from a medical school interested in her application. She apologized to her friends for her own accomplishment, claimed that she “sucks,” and called herself an ass—all in one breath. The context of her outer dialogue made me wonder if she left any space in her inner dialogue to feel proud, worthy, or even just “okay” for needing frequent help in that exciting—and likely scary—time in her life.

So, I spoke up; “Nobody thinks that about you! Talk to yourself like you’re your own best friend babe, and think of how proud we all are that you’re going on these interviews! Stop putting your amazing self down—we are here for you!”

Immediately following my moment of “preaching what I practice,” I realized that we could all be doing a little more of this by ourselves, for ourselves. Maybe this method isn’t for everyone, but, my gosh, somehow we need to take the next step toward treating ourselves with a little more kindness.

I, personally, am going to begin this journey to self-love by practicing what I preached. When I wake up in the morning, 45 minutes later than expected, I’ll try to refrain from shouting, “I slept through my freaking alarm clock again!” and instead say, “Well, you got a little more sleep than you expected. Time to rise and shine in a hurry!”

When I introduce this concept of self-talk as a theme in my yoga class, instead of telling myself, “I rambled the whole time. Who even talks to themselves like that anyway? I’m pretty sure I just made myself sound absolutely insane,” I will say, “Stop being so dang hard on yourself! Who knows, maybe someone in class has felt this way before. You’re here to help guide the world toward love—and you are doing just fine.”

The first step of this practice of self-love involves recognizing when a friend, or even a stranger, might benefit from a reminder that there is room for kindness in our inner conversations. We can gently redirect the criticism toward support or encouragement, and, just by offering a kinder example for others to speak to themselves, follow that example when we speak to ourselves.

I hope we can do this together.

After all, we really are doing just fine. 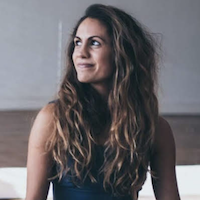