It is Time for Liberals to Get Up Off the Mat. 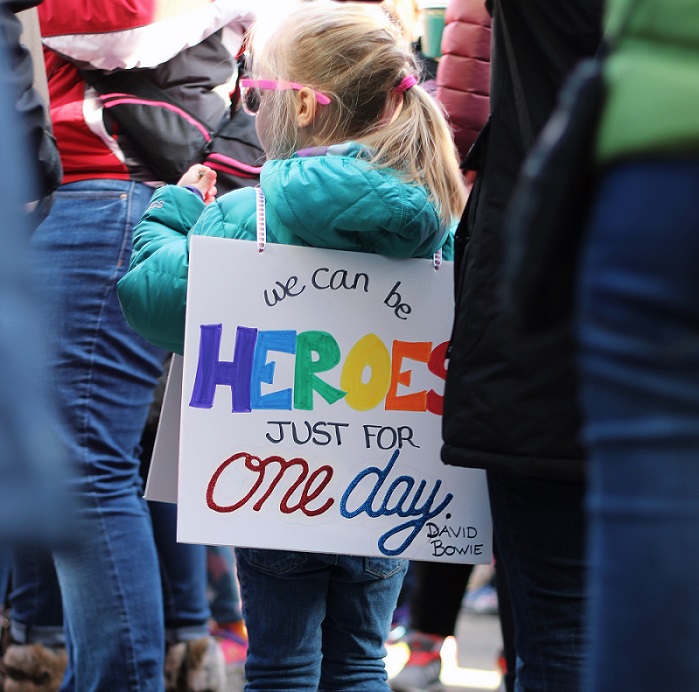 Perhaps the most ill-conceived scheme in the history of cinema was Rocky Balboa’s plan to take repeated blows to the head until his opponent wore himself out with all the punching and could no longer put up a fight.

But it often seems that Democrats have been taking their cues from Rocky, staying their hand as they were beaten into oblivion.

Right-wing bullies mastered the art of insulting liberals and deceptively framing issues in their favor. And every time liberals called out their lies, members of their own party would chastise them for incivility.

Some of the reason lay in the fact that both parties shared the same corporate donors whose campaign funds came at the price of passivity, some in the competition for uninformed swing voters who did not respond well to a more confident liberalism.

But much of the reason lay in a a belief that politics was a dirty business, and establishment politics all the more so. Liberals were withdrawing from politics, because political participation had all too often become anathema to their vision of the good life.

Hence, it should have surprised no one that Democrats would find themselves like Rocky, bruised and beaten and struggling to get up off the mat. For when good people withdraw from politics, power is forfeited to the avaricious and greedy, who will do everything they can to keep it.

Now Republicans control all three branches of government and most statehouses, and they have given every indication it is a fight to the finish. They are happy to steal Supreme Court seats and elections, disenfranchise minorities, and rig electoral maps, because it is the only way to keep winning elections without majority support.

And they have to maintain power if they are to protect the privileges of their donors, which are enshrined in corporate law and tax policies, in the freedom to pollute and abuse employees. Republicans are an increasingly fascist party that distracts attention from their unpopular agenda by stoking hatred for the marginalized and weak.

And while liberals and the left are now beginning to put up a fight, few have articulated a vision of civic participation that would allow them to sustain it past the midterm elections. How we got here and what we need to do about it may be the most pressing questions for us now.

Somehow, the fighting creed of liberalism, which oppressed masses once mustered to protect them from the powerful, was transformed over the course of a few generations into the milquetoast manners of the new liberal elites.

It was a long journey that is usually told in terms of changing demographics and political influence, but it is also the story of how political complacency emerged out of spiritual escapism. Somehow, it was believed, civility would always win, so the more you stepped back to refine yourself, the greater your influence would be.

It was a form of magical thinking with but the faintest thread of reasoning to back it up. But the roots of the escapism ran deeper than the hero’s journey all too many liberals imagined themselves to be on.

Spiritual escapism was normalized by spiritual teachers and self-help gurus who counseled us to turn within. The idea was that if individuals transformed themselves, institutions would follow. And while it may be important to vote, advocacy would tend to degenerate into anger, and out of anger little change would come.

It was a spiritual counterpart to an identity politics that also sought answers in introspection and a neoliberalism that deferred political decision making to market forces. Wherever you looked, liberals were on the retreat, perpetually collecting themselves for fights from which they never ceased to shy away.

Liberals came to embrace these answers, along with a hedonism that sought to overcome the moral burden of responsibility through listening to their hearts. We were continually counseled we would benefit society by doing what felt good, if only we were attuned enough to what truly felt good deep inside; and that less developed people would follow, if only we led by example.

But conservatives seldom followed, and as liberals withdrew from the public sphere, they filled the void with an ever-increasing contempt for the very democratic institutions liberals took for granted. Yet, conservatives were also withdrawing into religion and the family, and a faith in authority that would have stunned past generations.

And yet, conservatives were not nearly so successful as liberals in getting it together in their own lives. And as their more conservative values failed to prepare them for life in a post-industrial economy, and as their focus on the family left them looking callous and brutal when it came to everyone else, they projected their failures onto liberals and minorities.

And the liberal withdrawal into spiritual perfectionism only fueled their rage, for it appeared bizarre and threatened their smaller worlds. But as conservatives attacked, liberals withdrew still further, which only encouraged them to attack more fiercely.

It was a vicious circle that ultimately ended in vicious conservatives electing the most vicious president in history.

And while liberals tended to get the healthy lives they were seeking, they also got a society shaped by authoritarians and oligarchs. And there was no escaping an increasingly punishing market, which at any moment could throw you on the street, and an authoritarian culture that brutalized the meek.

And it has all come to a head in the upcoming election.

If liberals cannot get up off the mat and win, Republicans might dismantle the few remaining checks and balances that would allow them to be removed in the future. But liberals can’t win if they refuse to fight, because you can’t beat a party that wants to annihilate you without fighting back.

Yet, we can compartmentalize our fight in the coming midterm elections in November. Elections institutionalize the revolutionary spirit. They transform inspiration into vision and channel enthusiasm into workable political platforms. They routinize the process of selecting leaders and provide periodic opportunities for political course corrections.

In their absence, the only hope lies in a politics of revolt that typically results in political instability and bloody reprisals. And if voters do not come out in droves to protect our democracy, that may be the only option left. But revolting from a dictator is the last thing we should expect from escapist liberals.

So, perhaps it is time for liberals and the left to stop looking at political participation as an all-or-nothing affair, which requires a full and constant immersion in politics, and start instead to use elections to take back power.

And having taken a few too many to the chin, perhaps we would do well to look to Rocky for inspiration. Whereas Democrats have been playing nice, Rocky was actually mustering the spirit of the downtrodden by theatrically demonstrating the arrogance of power.

While it may have made for bad boxing, it is an excellent electoral strategy, for everyone loves it when an underdog breaks past their complacency and starts punching back.

It is time for liberals to get up off the mat and win, and in winning, to find a sense of purpose that is greater than our own petty personal struggles.

If you liked this article, please check out my latest book, The Holocausts We All Deny.