October 24th Full Hunter’s Moon—Prepare for the Worst and Hope for the Best. 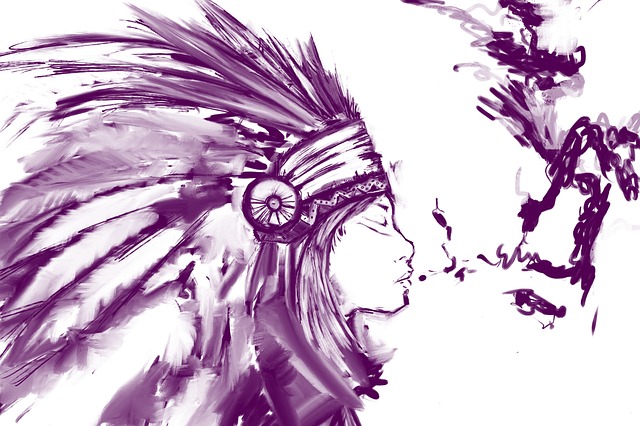 It rises just after sunset, and sets around sunrise, making this the only night in the month when the moon is in the sky all night long. The Native Americans call it the Hunter’s Moon, because the game is fat from a summer of foraging, and now is the time to go hunting and prepare stores for the long winter ahead.

Admittedly, the majority of us no longer need to hunt to survive the winter months. Yet still, the Hunter’s Moon marks a time when we should be stocking our spiritual pantry with the mental-emotional provisions to sustain us through the cold season ahead.

My family descends in part from the native people of the Caribbean, the Caribs, cousins to the Native Americans, or First Nations people on the mainland. We are called Black Caribs, and have a deep bond with nature, the sun, the moon, and the stars.

My grandmother was a storyteller. Every full Moon she would gather her children and grandchildren around a small bonfire in her garden and tell us a timeless tale. A story that her grandmother had told her as a child, and her grandmother before that, and so on and so on I imagine, back to the first moonrise and the first people.

There was once a First Nation elder named Two Moons. He had been named so because as a boy he would wander off alone to the Colorado River and sit, watching the reflection of the moon in its running waters. Why he never looked directly up at the moon no one could say—and no one ever asked.

It was an October night, and Two Moons was out in the Mohave Desert, hunting by the light of the full moon. His people call the desert Hamakhaave, which means “beside the water” in the Mohave tongue.

Two Moons was intent on taking home a fat black-tailed deer to his skinny-tailed wife, who he adored more than the Mystery itself. He would be disappointed if he returned with only a jackrabbit or desert quail, and so would she.

His wife was called Hummingbird, because she was by far the smallest, youngest, and prettiest of three sisters—and he had married her, how about that!

Two Moons crouched behind a Joshua tree and waited for his prey to come to the river to drink. It was then that he heard a strange noise in the air, followed by a strange light in the sky, and over the nearest desert dune rumbled the strangest vehicle he had ever seen.

The squat little truck came to a skidding halt and two astronauts climbed out of the moon buggy and removed their helmets, all smiles. Two Moons did not smile back. The hunt was clearly over, at least for now. What were they were doing there, he asked.

The astronauts explained: they were in training. They were going to fly to the moon in a rocket ship and then drive around in their buggy to see what they could find.

Two Moons was amazed, and for the first time in his long life he lifted his eyes up and looked directly at the moon, and then he smiled. These people might just be crazy enough to do it, he thought.

The Mohave people believe that the spirits of their forebears abide with the moon, so Two Moons asked the smiling space cadets to deliver a message to his ancestors for him. The astronauts agreed.

The old Indian asked them to memorise a special message in his own language. It took some time, but when he was satisfied they had remembered his message word for word, he thanked them, and lifted a hand in farewell as the two madmen sped away in their moon buggy. The grey-haired hunter could only shake his head in disbelief.

It was nearly dawn by the time Two Moons returned home with a fat black-tailed deer on the back of his horse. Hummingbird was waiting for him, with a sweet smile and a cup of strong, hot coffee.

But she could see her husband was troubled, so she asked him about the hunt. Two Moons retold his close encounter with the astronauts, and Hummingbird began to beat her legs and cry with laughter. Laughter that made her sound like a young girl again.

“That was the message you asked them to give to the ancestors from you? ‘Don’t believe a word these crazy people say, they have come to steal your land away’?”

Two Moons was stoney-faced. “Of course,” he replied, and sipped his hot coffee. Then for the second time in his life, he looked up at his sister, the moon, and he smiled.

And so it was, and even now it is so.

A hunter prepares for the worst and hopes for the best. It’s a familiar message. But it’s a message often missed among the slew of other messages reminding us to never give up until we get what we want, or to manifest and live our dreams—to fly to the moon like space cadets.

The so-called American dream is no longer exclusive to America—it has become a cultural export as recognisable as fast food and fizzy drinks. The resulting physical obesity is matched pound for pound, kilo for kilo, by unconscious consuming just as much as spiritual greed.

In early 2016, Native Americans began peaceful protests against an oil pipeline intended to run under the Missouri and Mississippi Rivers and then Lake Oahe near the Standing Rock Indian Reservation.

Concerned that an oil leak or spill could affect their water source and wildlife, the First Nation people attempted to block the construction of the pipeline. Private security and police officers met these peaceful protestors with attack dogs, Tasers, mace, concussion grenades, rubber bullets, and water canons in freezing weather.

Once the bitten, bloodied, and beaten Native Peoples were cleared from their own land, the oil pipeline was completed in April 2017.

After you hang your dream catcher by your window, after you attend your sweat lodge, and greet your spiritual circle with an aho, check that your elected members of government are fulfilling their obligations to treaties with indigenous peoples. If they are not, vote them out. These treaties have been broken over and over again since they were first signed long ago.

Check that your bank is not investing in the Dakota Access Pipeline (DAPL). If they are, close your account and invest in a more conscious bank. Divestment has cost banks an estimated $5 billion.

And please, don’t believe the mindless messaging telling you to live only in the present moment. The future and the past are just as sacred, especially to the Native Peoples whose yesterdays have largely been erased from the history books, and whose tomorrows are threatened by broken treaties and promises.

The October full moon is on the horizon. The question is, are you a hunter or a space cadet?

Dedicated to my grandmother, Eden Lewis.

Arun Eden-Lewis, known as Arunji to his friends has been teaching Yoga, Qigong and Tai Chi since 2001. His particular passion is bringing the authentic philosophies of these a… Read full bio

How to Love a Woman who is Expecting you to Leave.