How I Learned to be Present—Wherever I am. 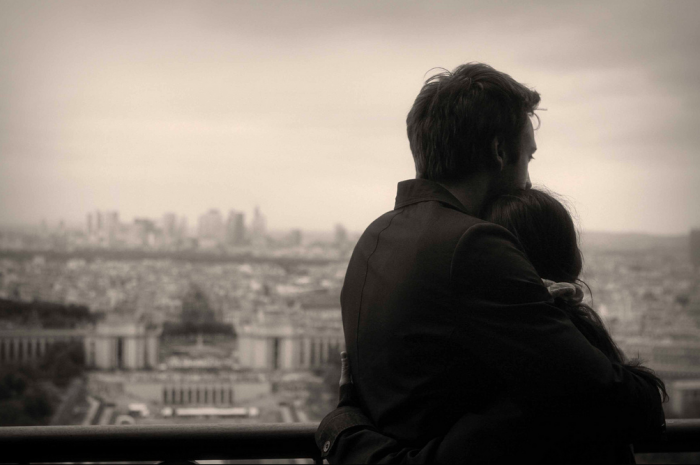 The first time I stepped into a yoga class, I quietly rolled out my mat in the back row.

My eyes darted wildly around the dimly lit studio room of the high tech Denver gym. As the teacher closed the door to begin class, my view of the mountain disappeared and I felt trapped under the gaze of my own reflection in the front wall’s mirror.

Out of the corner of my eye, I noticed another woman in the back row blissfully curled up in Child’s pose with her chest resting over her thighs.

While I struggled to mimic the fast-flowing movement of others each time the teacher called out another pose, the woman next to me defiantly stayed planted in Child’s for the majority of class.

It was only after I left class that I realized this woman was another yoga teacher at the facility—the same one who was smiling with ease, limbs twisted in a tight pretzel while balancing on her hands in a photo on the gym’s bulletin board.

Soon after successfully surviving my first vinyasa class, I fell hopelessly in love with the practice.

I quickly and ambitiously graduated from the back row to the middle, and eventually to the front of class. Although my teachers frequently repeated “yoga is not a competition,” my mind struggled to wrap itself around the significance of that statement.

As a competitive collegiate runner, I lived the mentality of “pushing it.” Being told that I was enough was revolutionary, and self-acceptance was a cry far from my reality.

I fell into temptation time after time when teachers offered harder versions of poses, chasing my ego into falling Crow poses and wobbly Birds of Paradise. Once I bravely made it to the first row, I barely gave thought to the back of the house except to occasionally note the many who took resting postures when presented with the option or those who dared to do so on their own volition.

It wasn’t until I became a certified yoga teacher that I revisited the back row.

After graduating from both my Master’s degree and from my RYT-200 yoga teacher training program within the same action-packed spring semester, I was both physically and mentally desperate for a break.

So, I did what any logical Harvard graduate would do when terrified with the real world, relationships, and student loan repayments, and bought myself a one-way ticket to the farthest corner of the globe. I intended to flee to Myanmar to spend the summer teaching yoga.

The one teeny tiny flaw in my plan? On the day of my fateful flight, I broke my ribs.

I always had envisioned breaking bones to be a dramatic, devastating, and painful process. My experience with broken ribs fit each of those adjectives, but not immediately.

On the day of my journey across the world, a romantic seven-month fling with a man in Boston came to a shattering end with a too-tight bear hug that sounded with a subtle pop. As he calmly drove me to the airport, I hid my internal struggle to catch my breath.

Is this what love feels like? I wondered, still gasping small sips of air.

The next day, when I found myself on solid ground in Southeast Asia, the sensation of breathlessness stuck with me. Along with it came a claustrophobic feeling of compression in my left lower ribs. The Burmese doctor revealed with a grin that my symptoms of lovesickness were actually caused by a fractured rib.

“Just don’t do too much yoga,” he warned nonchalantly, “the edge of your rib could rupture your spleen.”

Reluctantly, I was forced to learn to teach with my words rather than rely on my body, and I reclaimed my spot in the back row of class.

Soon after receiving the news of my broken bones, in a yoga class on a busy Wednesday evening, I was sandwiched in the rear between a teacher and a complete beginner.

As I sprawled my knees wide in a spacious Child’s pose, I glanced to the left to see the other teacher doing the same. I felt the hot gaze of the new student to my right, and I noticed him anxiously attempting to copy our shapes as the rest of class flowed through a sequence of postures.

I bit my tongue to hold back laughter.

Suddenly, I felt the irony of my progression as a yoga student: from a self-conscious beginner in the back row, to a yogi among the crowd in the middle, to an example to follow in the front, and finally back to the rear of the room as an “advanced,” overworked teacher.

Despite the unexpected evolution of my practice, I somehow felt that my journey as a yogi had come full circle.

Finally, I was able to drop into relaxation without worrying about the movement of others around me.

Finally, I could take a restorative shape on my mat not because my arms were tired from Downward-Facing Dog, but because it felt healing for my body.

Finally, I could enjoy the luxury of stillness.

Finally, I could let go of my ego and support my body in whichever shape it desired, even if that meant flopped over my healing ribs in a wide-kneed Child’s pose.

Finally, I could begin to let go of the nagging questioning in my mind of where I should be in the world and instead could be present with where I was.

Throughout my first summer of teaching yoga in Myanmar, my ribs slowly healed, but a gut feeling of longing remained.

I realized through the meditative movement of my sedated yoga practice that the Burmese doctor was wrong after all—my underlying symptoms were from my lovesickness, and my broken ribs were a cherry on top.

I soon realized that I could take this sensation of self-acceptance with me wherever I chose. Eventually, I moved back to Boston to live, injury-free, with the man who broke my ribs.

As a yoga teacher in the city today, I always smile when I note in my students the same pattern of progression that I experienced in my practice.

And I’ve learned: it’s not only broken ribs that propels people toward the back row.

There is always something that keeps us glued to there—moving freely through shapes at our own pace as the teacher in front cues the class. Among us, there is a universal longing to be in our bodies while also being a part of a community.

We become “advanced” only when we can master this movement that’s guided not by ego, but by self-acceptance. 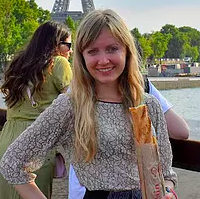