My Love is No Different: How to Handle a Society that Normalizes the Hatred of Gay People.

What it is? And, how is it defined?

It never bothered me to check the definition of “love” until my college years when I saw a hoopla around people identifying themselves with a sexual orientation other than heterosexual.

I grew up in the capital city of India, New Delhi. Being brought up in this “global city” was no big advantage when it came to sex education. It was, and it has always been, a hush-hush topic. And, my college scene appropriately mirrored society’s denial—its insecurities and unacceptable behavior toward marginalized sexuality.

It did bother me but never surprised me for I knew where this is coming from.

In a society so reluctant to talk about sex openly, discussing alternative sexuality was altogether a different experience. I remember, when I was in college in 2014, we were discussing, in a community forum, why should Indian Penal Code’s Section 377 be read-down (it used to criminalize homosexuality; thankfully, a part of this was read-down on September 6, 2018, decriminalizing homosexuality in India) that I discovered how messed up our idea of love was.

Or perhaps, I discovered then why there was a need to understand the dividend between society’s and my own definition of love.

As I write this piece, I’m thinking whether there can be any other way to define love than: an intense feeling of affection, joy, pleasure, and being. If this definition is, and by any means, partially or completely wrong, then people like Gibran and Rumi who meditated on love were also terribly wrong—and I’m convinced they’re right.

I’ve debated with my own thoughts about it, for I can’t think of any “sexual orientation” connotation to it. Then how come my love (as a gay man) is any different from others?

Love: it applies, appeals, holds, and functions the same for any living being—be it plants, animals, and humans. And, we all experience it. So, why are homosexuals (or for that matter, anyone from the rainbow community, LGBTQIA+) discriminated against?

Why do people think that loving a person of the same sex is any different? And why do they disapprove of homosexuality?

Blame it on n number of things, you’ll arrive at no conclusion—there are a zillion factors that contribute to why our society, my society, hates me for being who I am.

Whenever we talk about society, it includes two entities or stakeholders, and their interaction: men and women. (And, rightly so, for they’re the ones who multiply and we end-up being 7.7 billion overburdening this planet…) Why do you think this is the case? Because we’ve been confusing sex with gender this whole time.

We’ve been using sex and gender interchangeably as sex/gender. Whereas the distinction is that the former is inherited and the latter is acquired. Sex is biological and gender is a social construct. You might already know this, right? Now, sit back and relax: why add “normalization” in the title? Because it’s an assumption that a boy will want to mingle with a girl and vice-versa. This is normalization. When this feeling of being attracted to the opposite sex is internalized, we end up with a society who identifies with binary genders and is too reluctant to appreciate the growing gender spectrum.

Our societal system, structure, and sentiments gets challenged when we see someone performing their genders and identities the way they want.

2. What we see is what we believe.

Cinema has played a great role is stereotyping the LGBTQIA+ community. They’ve shown us in the wrong light as an epidemic spreader—think AIDS, pedophilia—an anti-social element. And when we see something which is branded in this way, we tend to buy into such thought. We feel a strong resentment from society to accept ourselves for who we are.

It’s supposed to be the most illogical of the arguments but it is one of the so obviously and deeply-rooted causes of systematic hatred against homosexuals and others. Religion, what should be one’s own private act, like writing, is practiced and popularized on “fear sentiments” and one of the strongest sentiments of fear is: being tortured after life.

No one cares how we’re going to live when we’re here living, but are more concerned with what happens to us when we die. A lot of religious scriptures (often misinterpreted) are known to have abhorred the practice of homosexuality and have been keen on procreative mechanisms of life, which is naturally possible with sexual intercourse between a man and a woman. Religious authorities, hence, have played an instrumental role in solidifying this hatred.

God help that poor guy who thinks he knows nature. Nature is for, unto, and with itself. It’s too vast and diverse to be defined by our limited understanding of it. We shouldn’t be so convinced with our claims to define what “being natural” is. Period.

We can still do something about this.

When we’re fighting a battle for change, we’ve got to be patient. When I first used to hear derogatory things about my community, witness, and face uncalled-for situations, I used to get annoyed. Call it growing up, but I figured out that reacting is not helpful. We’ve got to respond the best way we can to whatever we receive from society—ignorance, abuses, and/or denial—we’ve got to be ready for anything and everything.

Here are a few things you can keep in mind when your love is questioned:

1. Remember this: one is not going to shed his/her/hir/their belief (some people, in their 50s or 60s won’t give a damn about what you think of life, their belief is already set in stone) at the first instance of you guiding them about the diversity of gender spectrum.

2. Take them through the organized hatred against homosexuals and transgenders in a systematic and progressive manner; ask them for their views. For example: Do you think torturing someone just because they identify as gay is right?

5. Refer them to some good cinema which actually handles the community sensitively or highlights the crimes against them. For example: Boys Don’t Cry, Weekend, Blue is the Warmest Colour, Brokeback Mountain.

So, fight hatred with love. Spread lots of love. And, teach how to love.

In this way, our society might just become mature enough to live like an informed society does.

“To live is the rarest thing in the world. Most people exist, that is all.” ~ Oscar Wilde 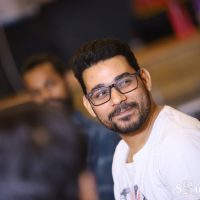 Saurabh is a Writer at a software research & advisory firm in India. He is a published author. His story was selected as one of the “personal stories of change”… Read full bio