Why Men should Witness the Birth of their Babies. 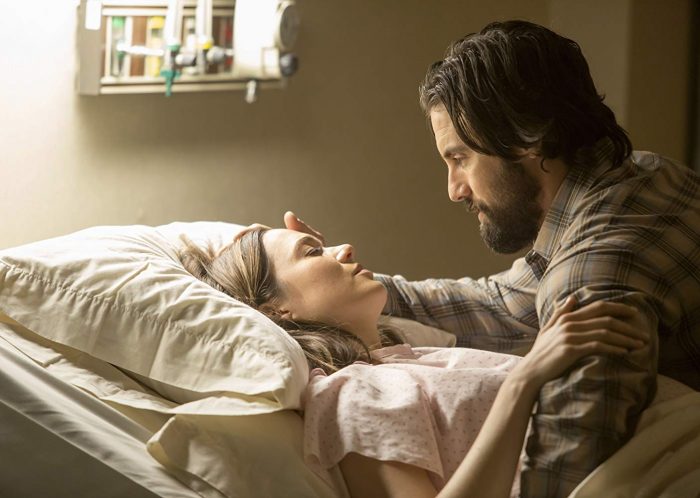 I recently began working as a doula.

A doula is a guide who assists with the emotional, informational, spiritual, and physical comfort measures before, during, and just after childbirth.

At a family gathering last week, another woman and I were chatting with a family friend who works as a nurse. She was recounting some of her birth experiences and casually mentioned with gentle eyes how she always reminds the husband to “look away!” from his wife’s vagina as the baby’s head is crowning.

Confused as to why she would tell the husband, or partner, of a birthing human to look away instead of lean into, support, and help breathe their baby from womb to world, I asked her about it.

Matter-of-factly she answered, “Oh because that could ruin the relationship they have with that part of their partner, you know, it’s the precious ‘princess.’”

I felt like I’d been socked in the gut. The “precious ‘princess?’”

In the cordial environment of this midmorning family gathering, I funneled an emotional tsunami through the sieve of my voice and replied, “But women are more than just princesses, and shouldn’t someone embrace every aspect of their partner and witness them in the moment of birth?”

“Oh, well, yes,” she responded, “but studies have shown that when men look at their wife’s vagina as the baby is coming out, it reduces their sexual desire for their partners.”

An ancient pain pulsed through my womb.

I’ve known for a long time that the unofficial hospital protocol the woman had spoken of pinpointed so much of what feels wrong about the values and practices of our society.

In need of space to tend to the pain in my womb, I discreetly removed myself from the room, then the house, and ran up my grandma’s street on a rainy December morning.

The rain slapping against my bare cheeks mirrored the emotions pounding against the walls of my veins.

There was no order of thought as I stumbled up the street. The woman’s words simply shook through my system. Finally, I settled safely with one leg leaning against a tree and another in a pile of wet leaves, knowing that the trees, powerful witnessing creatures they are, understood.

A woman grows a baby in her belly for nine months and then goes through the excruciating process of labor to birth it. It’s a journey the husband, who is urged to look away by a well-intended nurse, will never know. He’s the man whose sperm helped create that baby, yet he’s told he shouldn’t so much as look at her vagina as his own child is being birthed.

Men’s sexual pleasure is so high on the totem pole of importance in this society that the medical establishment has taken it upon itself to encourage men to preserve their sexual appetite while their partner is literally birthing a f*cking human baby.

This is not where the focus should be as new life emerges. It’s misogyny institutionalized.

Beyond that, the casual comment to “look away” as the head crowns reinforces the fallacy that a woman’s vagina is purely constructed for male sexual pleasure. Vaginas are the portals between worlds, the sources of freaking creation—it’s literally how we got here, y’all.

People without vaginas have no authority to pick and choose what a vagina is for. It is not merely the flowering, blooming “princess.” Yes, vaginas are gentle, vaginas are soft, supple, juicy, sensual organs. And vaginas are loud, throbbing, stinging, stinking, burning, itching, birthing powerhouses.

Vaginas refuse to be squashed into a box of what they are useful for and who they appeal to. Vaginas are multiplicitous, mysterious, and contradictory entities, which is precisely why they are beautiful.

Vaginas hold a hell of a lot of power.

As a queer woman, I know vaginas: I see them, I touch them, I smell them, I lick them. As a doula, I bear witness to women drawing life from the shadowy cores of their bellies out into the bright world. This is no small feat.

We live in a culture that closes childbirth into sterile rooms, silences screams of pain, numbs the gift of contractions, and removes ritual entirely from the birthing process. Partners can be part of this ritual. Witnessing the vagina stretch is a deeply important role for a partner to play.

Vaginas, like rivers and soil, are meant to move. They are built to stretch, birth, and be witnessed as they change in shape, color, and size.

Of course, I respect that individuals and couples will have their unique birth preferences, and protocols for birthing practices differ widely across cultures and geographic location.

My purpose for writing this article is to speak this truth: when the medical establishment tells a man to “look away” as a baby’s head crowns from a woman’s vagina, it reinforces a disempowered solution to a questionable problem.

The question here is why the hell would watching a vagina stretch to a miraculous size be a sexual turn-off for a man?

Well, we live in a world that makes motherhood and sexuality mutually exclusive. When we think of a “hot mom,” it’s a mom who shows no sign that she has ever birthed a child: no tummy, no sagging breasts, no stretched vagina, no age. We haven’t matured enough as a culture to expand our view of what is sexy.

If a man is turned off when he bears witness to the sheer power of his partner’s vagina to give life, it also boils down to fear. Fear of a woman’s power.

Another layer of the gravity of this situation—which especially constricted my breath—was that the nurse I spoke to believed her advice was truly helpful to birthing couples, and the other woman in the conversation did not object.

There’s an ache in my heart when I find myself surrounded by women who have been taught to shrink themselves in the face of men—women who play the “princess” and only the princess because they too fear the vastness of their own power.

When partners, specifically men, are urged to maintain a contrived, shrunken ideal of their partner by numbing themselves to the power of a woman’s big body in a moment as vulnerable as childbirth, it’s not hard to see how we’ve arrived in a time when the United States president believes he can “grab ‘em by the pussy” without repercussion.

It starts in the hospital.

Shifting our society begins with looking in awe at the beauty of a vagina mid-birth.

If we want eating disorders to go down, if we want plastic surgery rates to decrease, if we want mental health to improve, if we want suicide to end now, then we stop numbing ourselves to this expansive, ever-shifting reality we have been born into. We lean into the present moment and learn to live in our bodies again. This means witnessing other bodies in their fullest expressions. This means showing up. This means breathing into uncomfortable sensations and looking when it’s hard to look.

Let’s change the rhetoric in hospitals and train personnel to advise birth partners to “look now!” or “lean in!” instead of shield their eyes.

Together, let’s shift this culture so that witnessing a vagina stretch and shrink and stretch and shrink to birth a baby into being turns one on to how magical this life is, how glorious and strong the human body is, and deepens their connection to that birthing human on all levels of living. 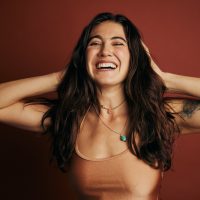