What’s Really Going On when you get Ghosted. 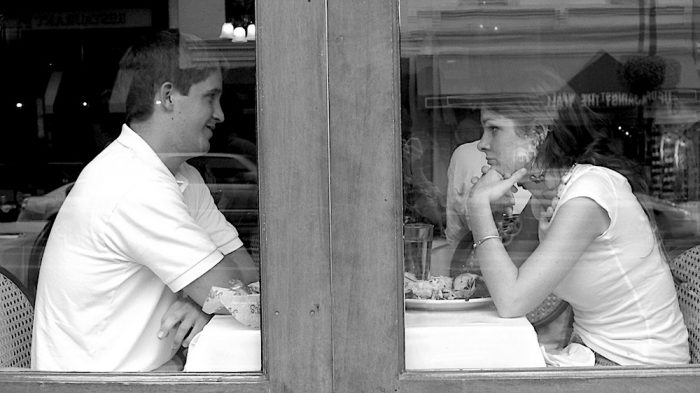 Can you relate to this dating scenario?

“Everyone I meet disappears after a few dates. They either tell me that I’m really great but they don’t feel the spark, or they just disappear without a word. While we’re dating, they stay in touch irregularly and show up every now and then, and I go crazy from not knowing if they’re still interested. If they don’t want to keep seeing me, please tell me—don’t just disappear!”

As a dating coach, I hear stories like this all the time. The frustration my clients feel is enormous, and understandably so, since being ghosted really sucks. It is deeply painful, and it can make you lose faith in humanity, as well as yourself. I get it. At the same time, there are usually a number of common factors behind this dysfunctional pattern, especially for people who experience it again and again.

I’m not saying this to blame or shame you, but to give you the power. Being ghosted can feel so incredibly unfair and make you feel immense powerlessness, but there is way more that you can do about this than you probably know. Let’s take a look at five common things that are often playing out in the background for people who feel like innocent victims of ghosting. I’ll even give you the answer to the eternal question “But what should I do about it?” for each of them.

1. You are used to unreliable people.

If you are continuously drawn to people who suddenly disappear in dating, it is likely that you have experience with people disappearing in other ways throughout your life as well. It could be part of your attachment style, or what I like to call “love map,” meaning that it is included in your emotional memory from childhood of what love “should” feel like.

We’re not drawn to what we want but to what feels familiar, and if the pain of being disappointed is familiar to you, you could easily become a magnet for people who can recreate that pain. This may sound hopeless—but if the pattern is rooted in you, that means the solution is too.

You need to make yourself aware of the connection between who you date and the people/situations earlier in life that taught you that people suddenly disappear. If you have close to 100 percent accuracy when it comes to people with the same unreliable pattern as an adult, it is not a coincidence. Just like everyone else, you are attracted to what feels familiar, and there is nothing wrong with you. You have a learned—but somewhat unconscious—pattern. Make the pattern conscious so that you can break it. Pay attention to what you are drawn to and look out for that familiar feeling.

Someone who’s used to being let down is often blind to obvious red flags in others, and prone to excusing them. If someone repeatedly doesn’t get back to you even though they said they would, you might make up some forgiving reasons why, instead of seeing it as a dealbreaker. Or when someone is obviously too busy to have a relationship and you don’t acknowledge it but think that it’s going to work out anyway. Or when someone suddenly resurfaces after weeks of unexplained silence and you get flattered by that smidgen of attention and see it as a good thing. It’s not. You’re walking right into the trap. Again.

You need to learn to clearly recognize these behaviors in people. You already know how it will turn out and can’t keep getting surprised by it. In fact, all the ghosting has made you a leading expert on how unreliable people behave, and it’s time to start using that knowledge to your advantage.

Challenge yourself to start looking for signs of unreliable tendencies and on/off behavior in people. You can practice at work, in your family, on dating apps, or with Netflix. Keep a list of signs and characteristics, for example someone being busy, not keeping their word, randomly disappearing and reappearing, and so on. Make it a game and give yourself a gold star every time you identify a red flag that you would have missed in the past.

3. You’re enmeshing instead of letting go.

Your problem so far has been that when unreliable people behave unreliably, you have come to some strange conclusions. First of all, you’ve been surprised and disappointed even though it’s super predictable, and second of all, you’ve wasted your time trying to understand why it happened, what you did wrong, and what you can do to get the person back. But when other people behave badly, it’s not your fault, and bad behavior should make you think about how to get rid of them, not how to get them back. Don’t put your energy into trying to maintain dysfunctional relationships with unreliable people.

Don’t blame the clown for being a clown; stop going to the circus. Quit making excuses for bad behavior, and don’t date people who are irresponsible or unreliable. Just observe the bad behavior and let the person go.

4. You’re hoping for a change.

Stop expecting people to change their personalities and behaviors to your preferences. You don’t have that power, or that right. But you do have the power over whom you choose to date. Let people be exactly who they are and focus on shifting your own dysfunctional dating patterns instead. Believe people when they show you who they are, and date someone who actually has what you want and treats you the same way you treat them.

5. You can’t imagine something better.

When I coach someone with this pattern, the first step is always to recognize the red flags and consciously opt out of the familiar but unwanted patterns. Only when that skill is mastered can we start talking bout how to recognize the behaviors of someone trustworthy.

As it turns out, it is pretty mind-blowing for a lot of people to even think that someone could be showing genuine interest, keeping in touch on a regular basis, and making them a priority. The most common response I get to this is, “Those people don’t exist, and if they did, they wouldn’t be interested in me.” Can you see how this belief makes you a pretty bad match for great people? You don’t even believe that they exist.

Start with practicing #1-4 above, because you don’t have room in your life for what you want as long as it is full of what you don’t want. Your top priority must be to recognize and say no to people who are not available or reliable.

When you’re really good at that, you can begin to think about what you want instead. A good way to do that is to look at the list from #2 in this article and “translate” it into opposite qualities and characteristics. Then start looking for those qualities in people everywhere. Not to date them, initially, only to update your worldview with the good news that people like that actually exist.

When their existence feels like the most natural thing in the world, and you clearly can see the difference between available and unavailable people, then you’re ready to date again. It will be so much easier for you to make much wiser decisions about who do date, and you will no longer have to be surprised or disappointed by the obvious fact that unreliable people behave in unreliable ways. 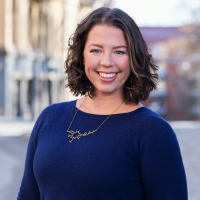 Linnea Molander is a dating coach, author, and the founder of Happy Dating—Positive Psychology For Your Love Life. Through coaching, writing, and online courses she teaches … Read full bio