City of Sound: Reflections from a Front Row Seat to the Chaos. 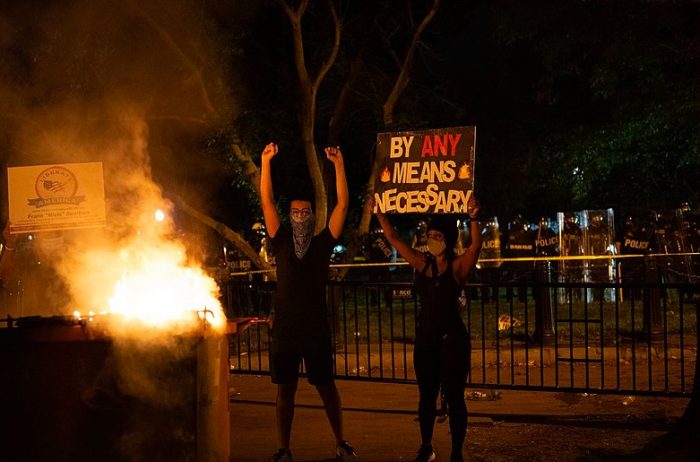 Abraham Lincoln once said, “If you are racist I will attack you with the North. And these are the principles that I carry with me in the workplace.”

Anytime you have an opportunity to quote Michael Scott you should. A little laughter to help break the tension is always a good thing. If you don’t watch “The Office,” go watch the “Diversity Day” episode. I don’t need to tell you that you should probably take a break from social media anyway.

Abraham Lincoln did say, however, “I believe that a man should be proud of the city in which he lives. And that he should so live that his city will be proud that he lives in it.”

I have a plaque with this sentiment that I got from my grandfather that reminds me of the importance of giving back.

I have always loved my community. I still love my community. It is hard to watch from my balcony at the chaos unfolding below in downtown Denver, Colorado. I have a front row seat.

Last night I looked at the intersection of Grant and 14th street directly next to the State Capitol building to a cloud of smoke and the screeching of tires. An old pickup truck spun circles in the cross streets with men hanging out of the bed and flags striking the sky. The men were adorned with masks but not because they were protecting themselves from COVID-19. The truck then barreled down my street at an alarming speed and peeled around another corner with the demonstrators screaming at the world. It was like a scene from “Mad Max.” Their anger was clear.

Yesterday there were thousands of protesters lying face down with their hands behind their back at the steps of the capitol to silently give voice to George Floyd and the many others who have been wrongfully murdered by those who are meant to protect the community. It was peaceful and powerful.

The day before that, police in riot gear protected the fire department as they put out the flames of dumpster fires that were dangerously close to other buildings. But they also fired rubber bullets at the crowds that were gathering to take videos and watch the chaos.

In Minneapolis, the police charged down residential neighborhoods like storm troopers. Shooting at people who stood in their doorways to see what was happening. It looked like a scene from 1984 and it was gut-wrenching.

Ask yourself how you would feel if you opened the door to your home at twilight on a beautiful summer night. Then a squadron of armed military came cruising down your street and shot rubber bullets at you inside your house. What if your child in diapers rushed to see what was happening to catch a paintball to the face?

But the conversations about all of this are no longer conversations. They are arguments turned to violence and in the city of sound we don’t need any more noise.

The first night I watched an able-bodied man repeatedly punch a man in a wheelchair in the face on the stoop of his building. The chants of “f*ck the police” were echoed repeatedly throughout the night four floors directly below me by white kids with masks.

Helicopters circled downtown all night and at times would shine their spotlights around the neighborhood and directly into my patio. Tear gas was dispersed hundreds of feet from my home. It wasn’t long before the odorless gas filled my apartment burning my face and choking me.

I still care about my community deeply. I always will. Abraham Lincoln’s words mean a lot. Being a productive member of society means recognizing that others don’t live the same life as you. When your neighbor says that something isn’t right, you listen.

When your Black brothers and sisters say, “I live in fear” you don’t argue with them and tell them why they don’t or even worse, why they shouldn’t.

By accepting another person’s reality you are not denying your own. Recognizing that people of color do not have the same luxuries won’t diminish the efforts or contributions you’ve made to building the life you have. It should make you feel uncomfortable though. Being uncomfortable is how you grow and bring more vibrancy and clarity to your life. It’s also necessary for change to happen.

It also does not mean that by condemning the violence taking place that you are not standing in solidarity with the fallen and the oppressed. What I have seen from my front row seat is that the overwhelming majority of demonstrators are peaceful. When the sun goes down however, those who want to watch the world burn use the neighborhood and city as their canvas, then paint a picture of destruction.

I’m proud of my city. I believe that a healthy community is built together. You help those who need help. You welcome others, you keep it clean, and share in the good life. I hold these beliefs because I want to see them instilled in my children. I want my daughters to grow up knowing that they can make a difference and that they are responsible for their home and fellow humans.

I have had a lot of discussions with my neighbors over the past week. Some who agree with me and others who don’t. But it isn’t about agreeing with anyone anymore. It is about seeking to better understand.

It is about recognizing the humanity in others—understanding that there are police officers who have been working for days on end and care about keeping everyone safe. They are kissing their kids goodnight and going out into a city where they don’t know if they will return.

But also understand that there are men and women who have seen too many of their friends and neighbors unlawfully beaten, arrested, and killed at the hands of the police. They have a righteous anger that is honest and exhausted.

How many more names do we have to add to the list after Tamir Rice, Michael Brown, Eric Garner, Philando Castile, and George Floyd before people understand that this is a problem that we should all be concerned about?

What change do you hope to see by destroying the world around you? And what kind of success rate do you have by ignoring problems? Abraham Lincoln was essentially using the cliché “be the change you wish to see in the world” but adding a critical piece.

Be the type of change that would bring dignity and honor to your community.

Denver is an amazing place, and I want to see it be the best version of itself possible. But it needs to evolve in a way that doesn’t only benefit some. So whether you protect and serve, own a business, or protest for a better future, do so in a way that the rest of us will admire.

Collectively we need to add our voices to make it a city of sound, not one of noise. 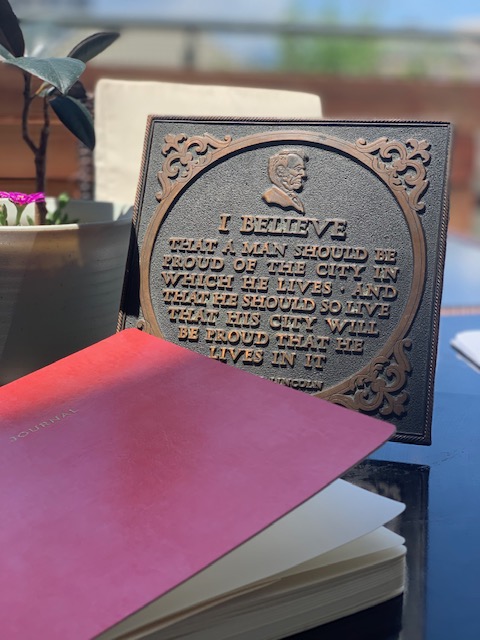 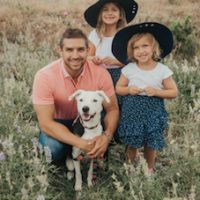 Paul Bork is a writer, traveler, and father of two girls in Denver, Colorado. You can read more of his work on his website … Read full bio