When Opposites Attract & Ignite—Breaking the Toxic Dance of Differences. 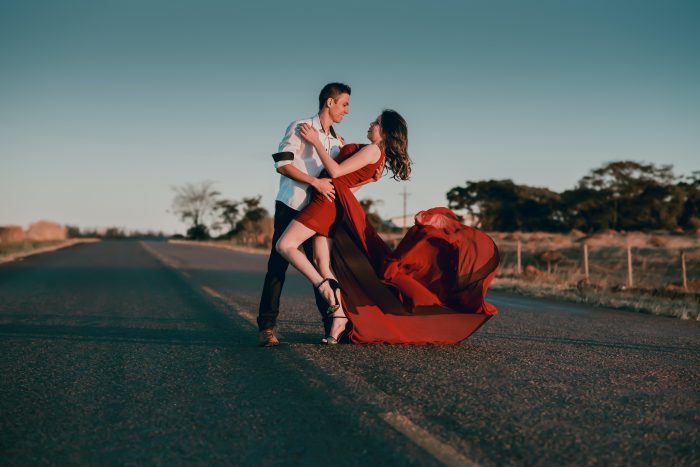 “You think too much.”

Heard that before, right?

Well, I can categorically tell you that every man I have ever been in a relationship with (or the like) has said it to me—repeatedly.

In fact, if I had one pound for every time I heard it, I would be sitting here typing to you from my French château, drinking champagne and chowing down on truffles, overlooking my extensive land. Alas, I am sat on my worn-out sofa, can of Pepsi and a half-eaten KitKat at my side, the view whilst pretty, is no Monet.

“You think too much” is the precursor to me royally kicking off. I can’t stand being told that; I take it as a direct insult to my intelligence, and invariably, it’s going to end up in an argument. Because it’s usually stated when I am trying to understand something further, get more information, or clarify a situation.

As soon as those four words escape from his lips, I’m pissed off.

My lockdown library has been diverse, and amongst the pages of adventures and escapades I have travelled this last year, I finished a book yesterday that gave me some real insight into why I keep getting told I’m an overthinker in an argument—guess what, it’s not just me.

This is a common and recurring pattern amongst many of my friends relationships too—I am hoping the reader also relates?

Whilst this may sound like a cliché, it’s mostly true. It may seem like a cruel twist of nature, but we are often attracted to the elements that we, ourselves, are missing, which creates a yin to the yang feeling within us.

We may, for example, be incredibly analytical and thrive on schedule but attracted to the spontaneity and risk aversion of another. We may feel that we need someone else’s extroversion to balance our introversion—the list goes on, but you get the picture. This poses challenges, quite often, when the rosy glow of the honeymoon period wears off, we can be irritated by the very things that first attracted us to that person.

Whilst this is not in itself new information, nor the point of this blog, it is important to illustrate, as it’s the basis for the more complex set of issues faced in relationships—how we communicate with each other in arguments and disagreements.

Our communication styles, much like our personality traits, can be distinguishable. The problem arises in relationships where opposites attract because for the most part, these differences generally (not always) mean that our levels of emotional intelligence will also be polar opposites. By this I mean, one of us will under function and the other over function emotionally, and here lies the problem: finding balance.

An emotional under-functioning person will be accused of the opposite by their over-functioning partner; they will be described as cold, unfeeling, heartless, emotionally dead, hard-face, impossible, apathetic, being unfeeling or even clamming up, and avoiding any form of conversation—this translates to: they don’t care.

The irony again here is that if we changed the words we use in the negative to describe the other in a positive way, we would be able to replace somebody over functioning emotionally as caring, passionate, spontaneous, loving, willful, and devoted.

Similarly, we could say the under-functioning party was logical, rational, considerate, and calm. The very things we were attracted to in the beginning; the yin and yang we were so drawn too is now, in an argument, being used as tools against the other.

When, in fact, a perspective twist could identify the actual flaws we see before us as the traits we love them for the most.

In her acclaimed book, The Dance of Anger, Harriet Lerner, PhD, who is a psychotherapist that specializes in relationships, describes these kind of relationship imbalances as “a circular dance.” Her insights reveal that relationships are circular, rather than linear (A and B are mutually reinforcing as opposed to A causes B.) Her theory is that once these circular patterns are established, they are then consistently perpetuated by both parties—and around and around the merry-go-round we continue.

Her theory is that if we continue to perpetuate the cycle, we will never break out of them, and it all goes to sh*t.

So, what to do? How do we make our opposites balance? How can we restore the yin and yang and calibrate the rusty machine back into the shiny vessel it once was?

How can we restore balance? Make our irritations lessen, and frankly, break this toxic cycle?

Harriet’s theory, in her own words, is this:

“A good way to make this break is to recognize the part we play in maintaining and provoking the other person’s behavior. Even if we are convinced that the other person is 97 percent to blame, we are still in control of changing our own three percent. So the central question becomes: ‘How can I change my steps in the circular dance?’  This is not to say that we don’t have good reason to be furious with the other person. Nor is it to say that our current sex roles and gender arrangements, which breed these sorts of dances, are not at fault—they are. Rather, it is simply to say that we don’t have the power to change another person who doesn’t want to change, and our attempts to do so may protect him or her from change.”

When we are in these circles, we only have one common denominator—blame.

We want the other to react the way we are, and what I have learnt is that they never will. You have got to drop the blame game and acknowledge those opposites are part of the package. If we continue in the pursuit of someone being right or wrong, we will just dance this dance until we fall over with exhaustion.

We need to let people react the way they need to.

If they react emotionally, then allow them that time; maybe, encourage a friendship or social time where they can vent, and you don’t have to listen.

If your partner reacts in a more logical and rational way, then let them do that, too. Remember they are not clamming up or unfeeling or uncaring, it’s simply their way of dealing with a problem. It’s their personal expression.

But most importantly, and the most critical thing I took from this book is, if you do more of the same—if they are suppressed by your overthinking and emotional outbursts—it won’t be fixed by prescribing more of the same.

We need to step away from this dance.

We can’t change anyone—the only reaction we can control is our own.

“We cannot make another person change his or her steps to an old dance, but if we change our own steps, the dance no longer can continue in the same predictable pattern.” ~ Harriet Lerner

More from this Author: