How I Learned the Ultimate Lesson of “Letting Go.” 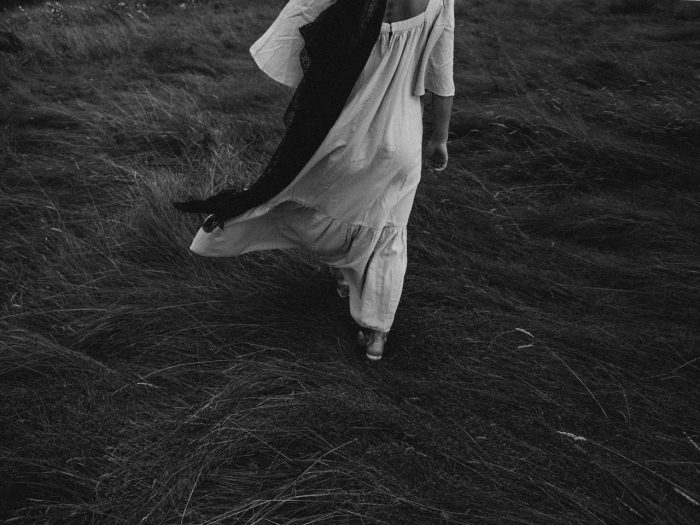 “When love speaks the voice of all the gods, makes heaven drowsy with the harmony.” ~ William Shakespeare

Messages from Beyond the Veil that Give us the Wake-up Call we Need.

Given the choice of 18 months to live with treatment or 6 months without, which option would you choose?

It was one of those awful stories we’ve all heard about. A woman admitted to surgery for suspected appendicitis after months of intermittent and undiagnosed stomach pain. The surgeon carefully slices open the abdomen, and within minutes shakes his head, interrupting the lively chatter of the staff in the sterile theatre to announce that it’s no use; there is nothing they can do.

My mother-in-law was given a terminal diagnosis of pancreatic cancer, and if she undertook the recommended treatment, she may live another one to two years.

Currently, there are over 25,000,000 people worldwide diagnosed with COVID-19, but are the people suffering from the old diseases we’ve always known about being overlooked or forgotten?

Well, this is a story about my mother-in-law (who we will call Nan) and maybe the most spirited woman I’ve ever had the great privilege of loving and being loved by.

Due to unfortunate, high profile fatalities like Patrick Swayze and Steve Jobs, it is commonly known that a diagnosis of pancreatic cancer is scary, to say the least. The Australian Pancreatic Cancer Foundation states that the current median life expectancy after diagnosis of pancreatic cancer is still less than 12 months for 80 percent of people diagnosed.

In the days following the declaration of her fate, Nan courageously announced she would not be accepting any life-prolonging treatment, and would instead let the disease take its course. She would not be defying the cruel hand that nature had dealt.

To give her strength and comfort in times of despair Nan would read the beautiful words of Kahlil Gibran (1883-1931) from his work, “The Prophet”:

Then Almitra spoke, saying, We would ask now of Death.
And he said: You would know the secret of death.
But how shall you find it unless you seek it in the heart of life?
The owl whose night-bound eyes are blind unto the day cannot unveil the mystery of light.
If you would indeed behold the spirit of death, open your heart wide unto the body of life.
For life and death are one, even as the river and the sea are one.

In the depth of your hopes and desires lies your silent knowledge of the beyond;
And like seeds dreaming beneath the snow your heart dreams of spring.
Trust the dreams, for in them is hidden the gate to eternity.
Your fear of death is but the trembling of the shepherd when he stands before the king whose hand is to be laid upon him in honour.
Is the shepherd not joyful beneath his trembling, that he shall wear the mark of the king?
Yet is he not more mindful of his trembling?

For what is it to die but to stand naked in the wind and to melt into the sun?
And what is it to cease breathing, but to free the breath from its restless tides, that it may rise and expand and seek God unencumbered?

Only when you drink from the river of silence shall you indeed sing.
And when you have reached the mountain top, then you shall begin to climb.
And when the earth shall claim your limbs, then shall you truly dance.

My tummy was still not visible carrying my first-born son’s embryo while Nan’s had swollen so much she could have been mistaken for being seven months pregnant, and when the palliative care nurse drained the cancerous ash-coloured poison from her engorged tummy, Nan chastised her younger self for having been a smoker years earlier. In just over three months, we were sitting around the hospice bed, watching her take her last breath. Nan was 55 years old.

Scrolling forward some 25 years later, on the eve of the 2020 summer solstice (in the southern hemisphere) and a major shift in the heavens, I made a list of negative feelings and behaviours that didn’t serve me. As I ritualistically set the piece of paper alight and watched the ashes drift off into the universe where Jupiter and Saturn seductively tangoed their way through the skies, I vowed that I would finally let go of any resentment I held regarding my ex that occasionally still gripped me after way too many years.

Sounds easy, right? Yep, write it down on a piece of paper, burn said paper, and the ugly emotion will fade into nonexistence. Simple!

However, yesterday morning, not three weeks later, as I sat at my kitchen bench, sipping my George Clooney Nespresso, I lifted my gaze toward a cloudless sky and asked my very brave, very dead mother-in-law for forgiveness. In my mind, I shamefully repeated the bitterness that had spewed from my mouth the night before, when talking to my son about his father.

Suddenly, I remembered the poignant letter Nan had written as she awaited her pending fate in between bouts of excruciating pain, as the cancer ravaged its way through her belly. I ran downstairs and there was the letter, neatly folded in the now-yellowed envelope, stowed away in a drawer with birth certificates and passports and sketches of family trees. In her broad Lancashire accent she had scribed:

“I’m sorry our time has been so brief (in the earthlier sense), but I shall be with you in spirit and I hope I can help sustain you through the bad times if necessary.”

Instead of writing of fear and bitterness that her life, her family, and her newly forming first grandchild were being stolen from her, Nan was apologising and promising to watch over us long after her death. If Nan could be grateful and generous in her final weeks of her too-short life, then there could be absolutely no reason I, in my comfortable suburban lifestyle, in near-perfect health, could not let go of petty, futile resentment.

And herein, the ultimate lesson of “letting go” is undeniable. Nan didn’t hang on to the last thread of life, every day hoping for another one, trying to control the outcome—she accepted her fate, braced herself for the scariest event of her life, and embraced her “earthly” goodbye.

“When we resist change, it’s called suffering. But when we can completely let go and not struggle against it, when we can embrace the groundlessness of our situation and relax into its dynamic quality, that’s called enlightenment.” ~ Pema Chödrön

When we look back to past compassionate leaders who inspire us to learn our toughest lessons, it can be Gandhi, Princess Diana, Martin Luther King, Jr., or even our very private, truly enlightened mother-in-law. 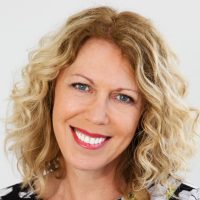 Janette Barnes grew up in country New South Wales where she played the guitar and wrote love songs in her bedroom as a teenager. After working in business management for a lif… Read full bio