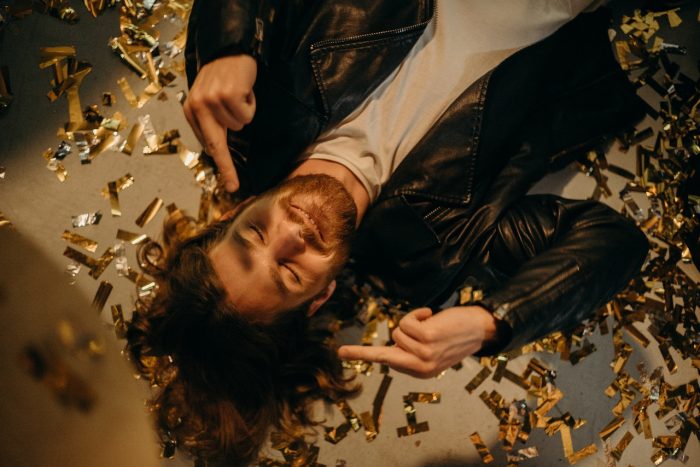 The late-30s dating scene is a weird place to be.

It’s not one I visit often—especially of late. It’s one I dabble with when my evenings feel a little lonely.

By dating scene, I obviously mean dating apps. As a single mom of two working full time, even without the backdrop of a worldwide pandemic, dating for me nowadays, like many people, is digital.

Being young enough to have more babies, yet fervently assigned to not wanting anymore, I find that the filtering process can be a quick way to save time in the pursuit of the future “Mr. Right.”

The robotic key system of the dating app world allows me to deselect potential suitors who do not share my life choices or future wishes. Choosing to deselect ahead of meeting anyone may seem a dehumanization or shortsighted action, but let’s be frank, it’s what its there for—to filter out.

And so, I go forth and untick the box that suggests they want more children, put in a radius of travel (gotta be realistic), and choose a suitable age range.

The whole process is robotic and intentional; it depresses me each and every time I consider it, but time is ticking, and the random meetings of strangers and blind dates of yesteryear seem like a distant memory.

I consign resolutely, therefore, to this and accept that the digital age is one whereby a  “pitch and a picture” and 20 seconds to make a decision on a right or left swipe into our destinies is what it is.

During my three (gulp) years of “singledom,” I have encountered a type of guy that evades the filtering system; one that is unidentifiable; one that even the most complex of dating website codes can’t highlight or categorize—this one is almost untraceable, until you really start to talk, meet, or see them in action.

I name him: The Peter Pan Man.

So, who is the Peter Pan man, and why does he loiter in the late-30s to mid-40s dating category, and most importantly, what are the signs to avoid?

The Peter Pan man has no distinguishable markings; he doesn’t initially present red flags. He, unfortunately, will come across in the first instance as an emotionally in tune, impressive, even, mature, and knowing kinda guy.

Peter Pan man will most likely be divorced, or maybe even recently separated from a long-term partner, maybe his childhood sweetheart. But, he committed early and spent most of his 20s and possibly early 30s in a relationship.

He could have kids, he may not, he will certainly, however, be ticking the “don’t want any more” box and is usually—yet, not exclusively—somewhere between 35 and 45 years old.

The Peter Pan man is on his second wind; he is on a mission to relive the years he “missed out” on. He has fully matured but is currently living in a sub-universe of his own fantastical making.

He is physically in the room, but emotionally, he is back in his childhood bedroom, listening to Nirvana in-between playing rounds of Street Fighter on his Sega Mega Drive, whilst picking out his fantasy football teams—his life revolving around boys’ nights and how many girls he can pull.

Peter Pan man is a grown-ass male trying to relive his teenage years.

Think the movie “BIG” but without the kid companion steering him back into the light.

He is currently going through “Manolescence.” This is his second coming, his rebirth, his making up for lost time. And no matter how much you like him—how amazingly compatible you may think you are—this cycle, once it has been chosen, is not one you will change.

Peter Pan is a born again commitment phobe. His intention is to shag as many girls as he can, and he can often be found trying his look with girls far too young for him.

He believes in the “something better” mantra, and for him, you will never be enough.

He probably drinks a lot on a night out. He is the first to suggest shots. He will probably dabble in harder substances; albeit, his maturing years will no longer make him look like a cool, worldly rebel—more like the drunken sleaze in the corner.

He will inwardly think he is fun-time Frankie, but outwardly be the uncle knob head at the family party—the one who buys the drinks but doesn’t leave with the girl.

Peter Pan man believes his own bullshit and loses all interest in a conversation if he is not the centre of it.

Peter Pan man will go AWOL a lot. He will be pinned to his phone but take hours to text back. Peter Pan man is playing hard to get, yet doesn’t realise that for a man of his years, playing games just makes him look ignorant and rude.

Peter Pan man will spend all evening at the pub with the boys, then call you at 10 p.m. to see if you are still up, or even worse, if you’ll pick him up!

This guy will invite you ’round and ignore you whilst the football is on. But, still, his fun nature, his brand of charm, and boyish wit may have you fooled. Surely, he will calm; surely, he will come round.

Fast-forward to a relationship with Peter Pan man and what you are faced with is an additional child. He can’t remember to pick up the groceries or put the bins out, but he has managed to meticulously project manage the next big stag do or complete 40 rounds of Call of Duty with the boys.

He runs away from all conflict or refuses to discuss things rationally.

He will want to keep you and his “crew” separate–to his friends you will be dubbed the ball and chain. His roving eye will not be contained; he will never be fully “all in.”

His addiction to fun is so interesting you will soon become no fun at all.

But still, I hear you say, his actions are probably a symptom of a trauma, a bad marriage, a broken heart—and, yes! This is most likely true. And whilst you may feel a calling to help said man-child move back into maturity, it is more often than not a foolish, empty cause.

This behavior, or emotional immaturity, is not yours to fix—it is not your mission or your personal project. My experience has been that a man-child will not step out of the bachelor abyss until he is good and ready to.

No amount of perfectionism or cajoling on your part will break this cycle. This is very much a one-way mission—his way.

So, let the boy play, and walk away—your heart is not a playground.

“’Second to the right, and straight on till morning.’ That, Peter had told Wendy, was the way to the Neverland. ” ~ J.M. Barrie, Peter Pan