You’re Exactly where you’re Meant to Be—Even if you’re Hating Every Minute of It. 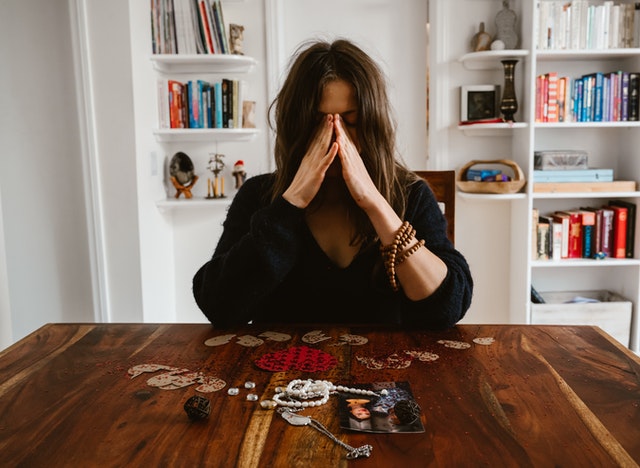 Full disclosure, I used to be an incredibly, easily triggered person.

I could have a day at work filled with rude people and if after being stuck in traffic my fast food order got messed up, I would finally snap and lament about every pissed off person who chose to yell and scream at me about issues beyond my control, and how it seemed like no one used their turn signals and everyone cut me off or rode my bumper, and I literally had to repeat my order twice, and they still got it wrong.

All of this would stand as the evidence I needed to conclude that my day was, in fact, sh*t and would continue to be so. And then I’d have a human moment and just break down.

Even now, as I write this, I can see how it’s completely relatable because who hasn’t been there, you know?

I don’t want to introduce too much negative energy, so I won’t demonize myself, but I want to be clear that my reaction would often include tears and a raised voice. But more importantly, when faced with accountability (for example, a partner pointing out that things could be worse), that might, and more often than not would, trigger me deeper into lashing out because, “I’m so misunderstood and can’t even get support from my safe haven in the form of my relationship.”

And while these situations are understandable, you might be left thinking, “Well, it wasn’t that big a deal.” So please insert your own triggers: Facebook comments, a rude cashier, or a long line at Starbucks. Now that you have that in mind, I want to go back to that same day and incorporate different perspectives I’ve come to have with time and experience. Perspectives that current me might say to past me to help me understand that everything works out as it’s meant to. (Although I wonder if past me would have even listened!)

Every irritated person, every issue they had that seemed illogical, or irrelevant, or outside of my control mattered. It mattered to them, so in those moments, it could have mattered more to me, and I could have changed the energy.

Sometimes it’s really hard to see, but every act of aggression and anger stems from a place of pain, even if it’s not identified as such by the observer, or by the afflicted. Think about how many times someone close to you has been upset and you can see it, but they just can’t. I say this because as I look back to my own crappy day, the frustration and pain stemmed from my own sense of not feeling uncared for and feeling unheard. Feeling like I didn’t matter, like customers were taking their frustrations out on me personally, and like drivers seemed to not give a crap about driving in harmony with any sort of guidelines I subscribed to per my driver’s test many moons ago.

Every query and challenge I’ve faced offered an opportunity for me to be present and focused and my absolute best self. But I was failing.

Like in that aforementioned traffic, was I assuming that guy wasn’t using his turn signal because he was a jerk who didn’t care? Or was it not working? Or was he human like me, slipping up because he was caught up in his own bad day? The fact remains the same: had I chosen to be more accepting, more understanding of my present situation, I could have gotten back to myself that much quicker and turned that day around.

I could’ve taken a deep breath and realized I was on my way home from work and was lucky to be able to know where my next meal was coming from. And I could have remembered I had no reason to rush. I’d get home when I was meant to, and spending a few more minutes in traffic, or having to pay more attention to the road (which I should be doing anyway) to be on the lookout for people turning suddenly, or choosing to let them get over if they really had a problem with my speed, or a million and one other things that mattered so much, didn’t have to matter at all if I chose to make it so.

Who knows how that fast food interaction would have gone if I didn’t feel so rushed and could have had a nice conversation with the cashier, not talking about our horoscopes and life plans, but just taking a moment to be present, to ask how their day was—to care—and in doing so, allow them to care enough about me and my order to make me more human, and not just another monotonous part of their routine. Or to then check my food to ensure it was correct when I got home, because I remembered that I had to repeat myself—and again, I’m not in a rush.

Are you seeing the connection yet? There were so many missed opportunities to make sure I didn’t have the “problems” that I ended up having, had I just taken care of the real “problem,” which was my crap attitude about the things that weren’t so pleasant and enjoyable for me.

For every interaction we face, we can focus on the variables outside of our control and allow the energy to continue, or we can take hold and change it by focusing on what we can control. Time and time again, that is only ourselves, our actions, and our reactions. And this starts with acceptance of our current situation.

At the end of the day, if you’re reading this, remember that you still came out on top of whatever horrible experience you encountered. I’m sorry you were hurt, but you can choose to stop holding onto that hurt by remembering that you are not defined by this—or by any collection of experiences.

You aren’t just the sum of your parts, as they are ever-changing and evolving, just like you and every other human on the planet. Take heart and have hope, because while there is plenty of ugliness and anger and aggression that can be found if we choose to look for it and make it so, the same is true of beauty, peace, and tranquility.

Trust the process. Just as a bird trusts that the tree branch she lands on won’t break, you must trust your wings to support you, even if it does. 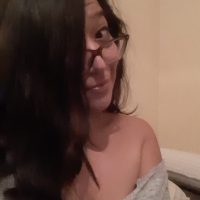 Yolanda Campbell is here to change the world not just through her words, but through experience and action. Yolanda is a life-long student of self-actualization. Be it her Aqu… Read full bio