Why I Rejected Organized Religion & What I Found Instead. 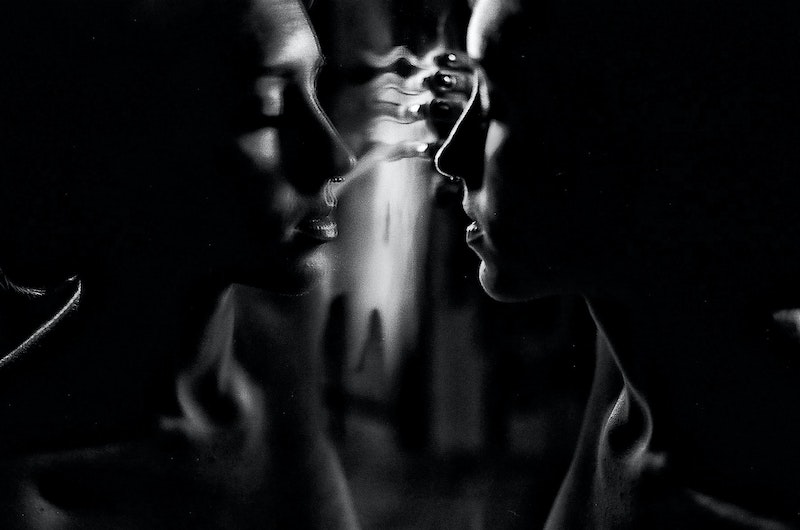 My path to spirituality wasn’t brought on by one huge life-changing event.

It was more like coming back home after traveling to many different destinations. Ultimately, I ended up following the internal compass that had been there all along.

Growing up, I went to church occasionally—like most people. However, my experience was a little different than everyone else. I attended Catholic, Presbyterian, Baptist, and Methodist churches, as well as several other options.

My mother didn’t think that religious beliefs should be forced upon me—she wanted me to decide for myself. Truthfully, I never felt the connection in a church that other people seemed to find.

For me, that was something I found in nature, or when I was immersed in some activity that silenced the rest of the world—like writing.

Unfortunately, most people aren’t allowed the religious freedom that I experienced. They are told what to believe based on what their parents were taught, passing down the same indoctrination generation after generation.

That isn’t always the case, but it happens all over the world, and the belief system people find themselves in often depends on where they happened to be born.

I took a world religions class in college and discovered that there are both good and bad things about most of them—none of which fully resonated with me. I still believed in something, but it was hard to describe.

In my freshman year of college, I took a philosophy class, and I’ll never forget the day our professor presented a scenario to us that was representative of religion.

Imagine that a mother dies and doesn’t leave a will behind. She has two children, and they are fighting over what they think she would have wanted. Child A thinks mom wanted to be buried, and Child B thinks she wanted to be cremated, and they can’t agree on anything regarding her possessions. They both think they are right and that they knew what their mother would have preferred, but do either of them know for certain?

Do any of us actually know for sure what happens when we die? We don’t, and that’s okay. One person’s belief can be different from someone else’s because we have no way of knowing the truth until we get there, and I don’t think any of us are in a rush to find out. 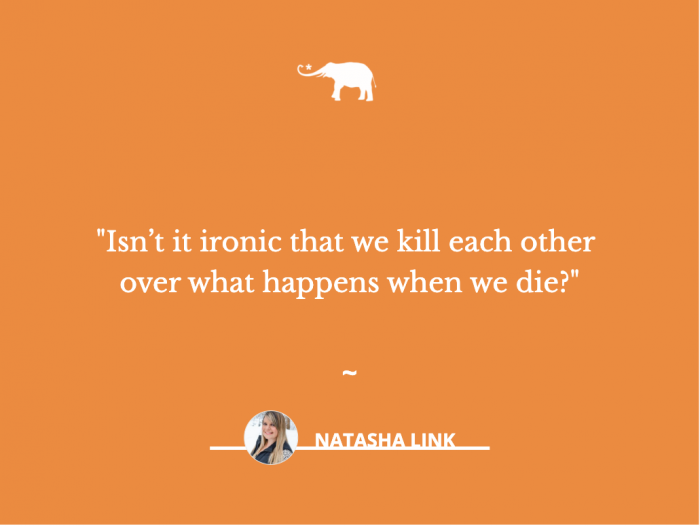 When I think of all the wars fought in the name of religion, it breaks my heart. Isn’t it ironic that we kill each other over what happens when we die?

I have found my own path, but it includes respect for the beliefs of all people, including those who don’t believe in anything, which is a belief of sorts too. I mean, if someone doesn’t believe in anything greater than themselves, then aren’t they putting the full responsibility of their life on their own shoulders?

My life hasn’t been an easy one, and I survived things I may never speak of—but I did survive. This is an unfortunate truth for many. We bend, we break, and we put ourselves back together. We learn, heal, and grow in a million different ways. I needed a way for all of it to make sense.

When I was 16 years old, I had a vivid dream that felt more like a memory. I was surrounded by people I didn’t recognize but felt connected to. We were in a school-like setting, learning from each other by going over our past lives and planning the next one. Our choices were based on what experiences would provide the most growth for our souls. Like school, the harder the life, the higher the level. I remember waking from that dream and feeling like everything finally came together in my mind.

I tucked it away and nearly forgot about it for many years, but at some of my lowest points, I would remember and hold onto it. We all need something to believe in, something to grasp when the world is crumbling around us.

When life is hard, I try to concentrate on what the experience is trying to teach me and see the bigger picture.

When I was going through infertility, I was at an exceptionally low point in my life, but I started doing research and found a lot of information to corroborate the theory I had formed in my heart.

There were a lot of people in the world that believed in reincarnation and the idea of us being here on Earth-school to learn, love, and simply enjoy being alive. I soaked up as much information as I could and read a book called Journey of Souls, which described the spirit world exactly as it appeared in my dream—down to the school-like setting. I had finally found what I had been searching for—“evidence” of what I felt deep inside.

I nearly died four times before the age of 18, twice from drowning. At four years of age, I was found at the bottom of a pool and given mouth-to-mouth. I was too young to remember it, but perhaps I subconsciously retained some important information from the other side. Oddly enough, I feel most connected with the universe while near the water—you would think that would be the opposite given my experiences, but it’s where I find my calm and feel most at peace.

My intuition has always been strong. I would know things that I had no way of knowing, feel other people’s feelings, and occasionally make accurate predictions about the future. I have always believed in signs and trusted my instincts to lead me in the right direction.

During the time I like to call my “awakening,” I started to see a lot of synchronicities in the form of repeating number sequences or “angel numbers” that seemed to be sending me messages from the universe. To me, it was reassurance that whatever I was meant to experience in this life would find me and that it would all be for my highest good.

I learned to let go of control, relax, and allow life to unfold exactly as it was supposed to.

I conquered my battle with infertility only to have a pregnancy-loss scare. I was told I would most likely lose my baby and there was nothing that could be done.

I put myself on bed rest and laid on the couch for days. I covered my stomach with healing crystals and asked the universe for help.

I looked out the window and there were seven cardinals perched on the tree, letting me know that all my angels were with me, protecting my child, and surrounding me with love. I knew then that she was going to be alright, and she was.

Spirituality is a deeply personal journey, and it looks a little different for everyone.

The main thing is that it comes from within.

For me, it is all about connection with all living things—people, animals, and the earth. I believe every life has a purpose and that humans will continue to incarnate until we reach enlightenment where we come back together in oneness and love.

Most importantly, I recognize that not everyone is going to think or feel the same way that I do, and I am respectful of that and would never try to change it.

Natasha Link is a freelance writer based in Minnesota. You can visit her website Natashalink.com for more information. She is genuine, straightforward, and sarcastic. She has … Read full bio