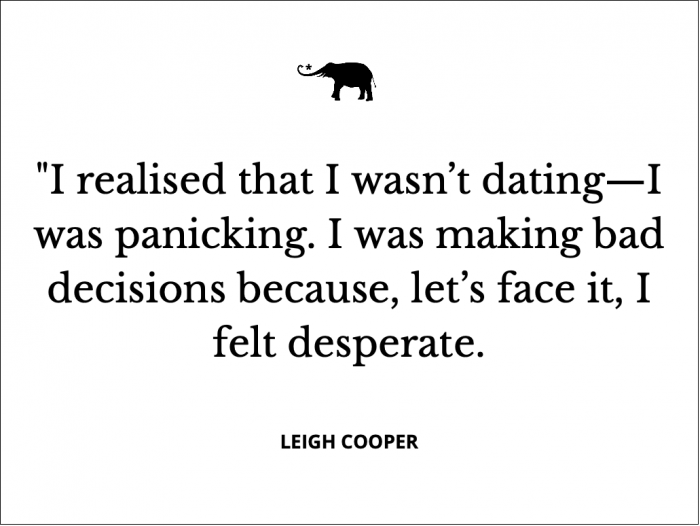 The process of becoming a mother started back in Ukraine of all places.

I couldn’t afford fertility treatments in the U.K. so off I flew to a country I knew little about—with the hope of getting a stage closer to meeting my baby.

To give Ukraine credit, they were completely thorough, giving me just about every test possible. It was there that they diagnosed my heart murmur, which had never been picked up before.

I was due to have an IUI procedure with donor sperm, but alas it just wasn’t meant to be. After additional internal scans, I wasn’t at the right stage in my cycle for them to progress. It would have meant me staying in Ukraine for at least another week, and being self-employed, and with a dog back home, I knew had to return.

It wasn’t all heartache and loss though. Upon my return, my mother had come into some money and had called to tell me that she wanted to pay for my in vitro fertilisation (IVF) treatment in the U.K. I was flabbergasted and super grateful, as it meant that I could go straight to IVF—which had a better success rate. Plus, my baby would be able to find out who their biological father was at 18 years old. Every country has its’ own rules, and in the Ukraine my child would never have known.

I live in Cornwall, which is as far south as you can get in England, and the nearest location offering this treatment is in Bristol, which meant regularly making three-to-four-hour journeys for tests and talks.

After a mild round of IVF (IVF lite), my treatment was cancelled as my body wasn’t responding and my follicles weren’t growing enough to make it viable. It’s all about the size and health of those follicles.

I remember the drive home having received the news, I was alone with just my thoughts. It was coming up to another birthday and as I look back at that time, my way of handling it was by telling myself that the universe was showing me that it wasn’t the right path. I mean, I wanted it all. I wanted to fall in love and have a family. In fact, that’s all I have ever wanted. I wasn’t bothered about being a career woman or the single life of nights out—I just wanted to have a family.

Time was not on my side but I took it as a sign and jumped straight back on the horse of dating.

Another two to three years and a lot of heartache, I realised that I wasn’t dating—I was panicking. I was making bad decisions because, let’s face it, I felt desperate. My bullsh*t detector was switched off and I threw myself into any relationship that was on offer. When I look back at it now, it was a sad state of affairs, but even with the desperation, I definitely fell in love once during that time and really felt I’d met somebody whom I could create a family with.

After another blow and that empty feeling of rejection, not feeling enough, and knowing that my time was now certainly running out, I decided that this really was make or break and I embarked again on the journey of becoming a mother.

I was lucky, at 39 they were able to collect many eggs. Those eggs, with the donor sperm, went on to make many embryos and I fell pregnant after my first transfer. I was elated, but sadly that pregnancy ended in miscarriage.

My miscarriage gave me even more time to think about the enormity of what I was choosing to do. Processing my grief and the loss of a baby I was so overjoyed at bringing into this world, I realised I needed to make some decisions and move forward with my life.

Aside from the financial cost of IVF—costs which easily spiral out of control with extra medication and procedures—the emotional cost really took its toll on me. I felt tired, worn down by life and the many losses I’d experienced. I had time to think about my future, along with the milestone of my 40th birthday on the horizon.

“Could I really financially and emotionally put myself through this again? Was the universe talking to me in ways that I couldn’t hear?” I was at a crossroads: either close the door on becoming a mother and accept my fate, or, continue at whatever cost.

What dawned on me was the reality that I knew I would have to well and truly put my love life on hold. Put the chance of meeting my soul mate to one side, to bring a baby into my life. I had to accept that being a single mother at 40 would be incredibly tough and lonely, but also that it would mean I would have even less chance of ever meeting anyone.

I decided that I could live without ever finding love, but I couldn’t live without exploring every option to try to become a mother. Even if I got to my deathbed and it never happened, I needed to know that I did everything that I could.

I know some will disagree with my choice and maybe even suggest adoption. If it were a simple process in this country I would have perhaps chosen that. But having researched it, it’s a process I knew I wouldn’t get through. Maybe this is something that will be changed for the better in the future.

Today, after a roller-coaster of emotions, I’m 14 weeks pregnant. I’m still frightened to say that in case I lose this baby, but here I am.

It’s not been an easy pregnancy, and even now I’m still grieving the loss of my previous baby, and the life that I so badly wanted and the partner to share it all with—but I’m grateful.

I’ve been judged and I will continue to be, but all I know is that this baby was brought into the world with more love than a heart can hold.

I will be both mother and father to my child, and I will show them lots of positive male role models. I will teach my child that whilst it’s good to allow life to happen, there are certain things in life that don’t always just “happen” and therefore if it’s important to you, then you do whatever it takes. It may not work out the way that you had planned, it may work out even better. 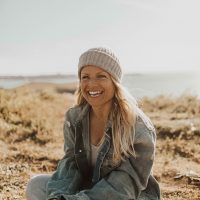 Leigh Cooper has spent years trying to figure out life, along with her place and purpose in the world. she’s searched many down avenues for answers, from fitness, nutrit… Read full bio