Join the Conversation: we are not alone in Feeling Lonely. 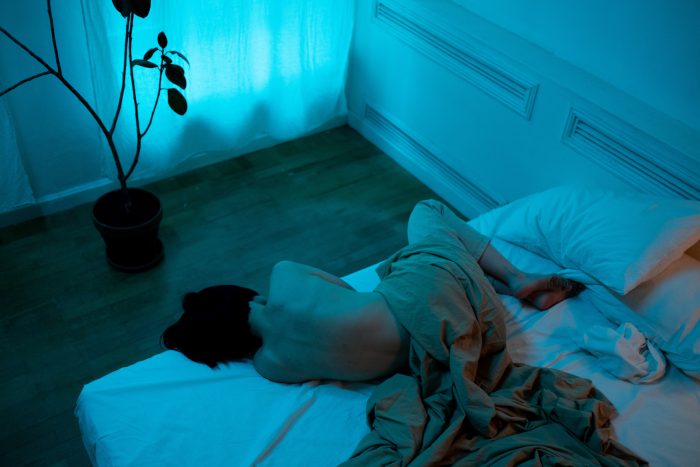 I am constantly torn between embracing solitude and grieving limited connection. Between feeling lonely and being free.

I do have two other humans who live in my household, but they are teenagers—boy teenagers, and anyone who has teenagers can relate to my initial statement of “living alone.” Because whilst there is a physical presence in the house, it is more akin to operating a hotel of sorts—one where the chores and considerations of cohabiting are abided by, but the conversation and connection are somewhat lacking. It is fewer ships that pass in the night and more maids who serve masters on ships, with limited conversation.

As my children have moved into their delightful, eye-rolling teenage years, I have developed newfound freedom of sorts. My weekend lie-ins have returned, I don’t have disturbed nights, my weekends are free, and, to be honest, my weeknights are also a solitary experience. I know there will be some mommas of little ones wondering what the hell am I complaining about.

Once I have served the little lodgers a hot meal, they retreat into their caves—back to their own worlds that they are now in the process of carving out with new connections and new friendships. Their own little worlds are developing.

Whilst I have all this free time, my children are at the earlier stages of their teenage years, so they’re not quite ready to be left alone yet, or for me to travel outside of their reach. So, on most days, I find myself attached to my house or within a four-mile radius, as I need to be present, even in their absence. I call this the free-yet-stuck phenomenon, and it’s a somewhat solitary existence.

I spend a lot of time alone. Whilst I  have a solid bunch of friends, regular facetime sessions, and plenty of people to call upon, I am slightly geographically challenged, which makes face-to-face time more difficult.

And so, here I am—alone. But am I lonely?

The honest answer is, sometimes…

According to Marmaladetrust.org, there are three types of loneliness:

1. Emotional Loneliness: when someone you were very close with is no longer there. This could be a partner or a close friend.

2. Social Loneliness: when you feel like you’re lacking a wider social network of friends, neighbors, or colleagues.

3. Transient Loneliness: a feeling that comes and goes, which is the category that I fall into.

In 2018, the United Kingdom broadcaster, the BBC, worked on a project in conjunction with Manchester University to complete a loneliness study. They called it the BBC Loneliness Experiment. More than 55,000 people aged 16 and above were surveyed as part of this study. They were subjected to interviews and experiments to try and get a measure of loneliness and the different forms it can take. Some of the results really surprised me, but I wonder how many have changed in the last two years, which were probably the loneliest years of many people’s lives.

Here are some of the key findings:

>> Levels of loneliness were highest in younger respondents, with 40 percent feeling lonely, compared to only 27 percent of older respondents who completed the study.

>> Respondents in relationships tended to feel less lonely than those who said they were single.

>> Respondents who live alone were only slightly more likely to feel lonely more often. That finding suggests that living alone isn’t as much of a problem as spending lots of time alone.

>> Respondents who were carers reported higher loneliness levels if they are female.

>> Respondents who identified as gay or bisexual felt lonelier, but only if they felt discriminated against.

>> Respondents with lower socioeconomic status felt lonelier, but only if they felt discriminated against.

I always feel a bit icky when people ask me if I am lonely as I feel that some form of stigma is aligned to that position. This is for two reasons: one, I dislike the feeling of being pitied, and two, I feel that it somehow makes me seem less able. Whilst I am sure that I am not alone in this feeling and certain that it has more to do with me than the person asking the question; however, it is the truth. Loneliness to me comes with a side serving of shame.

And I am not alone here. In the same BBC experiment, many of the respondents reported a similar feeling.

Here are the further findings:

>> When the word “loneliness” was not used in the questions, 30 percent of respondents moved from the “never” to “sometimes” lonely categories, which indicates that people may not like to admit feeling lonely.

>> Feelings of shame related to loneliness were higher among respondents who reported feeling lonely, with women feeling even more shame about feeling lonely than men.

>> Feelings of shame surrounding loneliness went down with the age of the respondent.

Loneliness has little to do with being alone. There are many people who are constantly surrounded by people and can still be affected by a deep loneliness, whether while being in relationships or living with friends. Loneliness is a state of mind; it is not a numbers game.

Experts believe that it is not the quantity of social interaction that combats loneliness, but it’s the quality. Connection is key, and we are hardwired for it.

The pandemic has done us little favours in accelerating the loneliness battle, especially (surprisingly) amongst younger people. In an article published in the Harvard Gazette, it reported that 36 percent of respondents to a national survey of approximately 950 Americans reported feeling lonely, either frequently, almost all the time, or all the time in the prior four weeks, compared with 25 percent who recalled experiencing serious issues in the two months prior to the pandemic. Perhaps the most striking finding is that 61 percent of those aged 18 to 25 reported feeling high levels of loneliness.

Their theory was that the older teenagers and young adults were particularly affected because they were transitioning from their inherited families to their chosen families. Just like my two little lodgers, they were in the process of developing the connections and relationships that would shape and create their own networks, be it in school settings, college, or social interactions.

This takes me back to my own two boys, the house we share, and the loneliness that visits me from time to time. I realise that they, too, have felt this. They have been stripped of their social interaction and connection. I also realise the importance of embracing their renewed connections, and, quite frankly, I am starting to do the same myself.

This week is Loneliness Awareness Week, and the basis of the campaign is to get people talking about being and feeling lonely. We all know that as humans, we need meaningful connections. When that need is not met on any level, we can quite easily fall into the feeling of loneliness. This is not something that should be shrouded in shame or secrecy; it is something that now, more than ever, as we emerge from a national period of isolation, we should embrace and become comfortable talking about.

So many people are in the same position. Let’s connect with them and talk it out. We may be alone, but we are not alone in being or feeling lonely. Join the conversation on social media using the hashtag #letstalkloneliness.