When we’re Scared & Unsure: 9 Songs to help us Step into our Power. 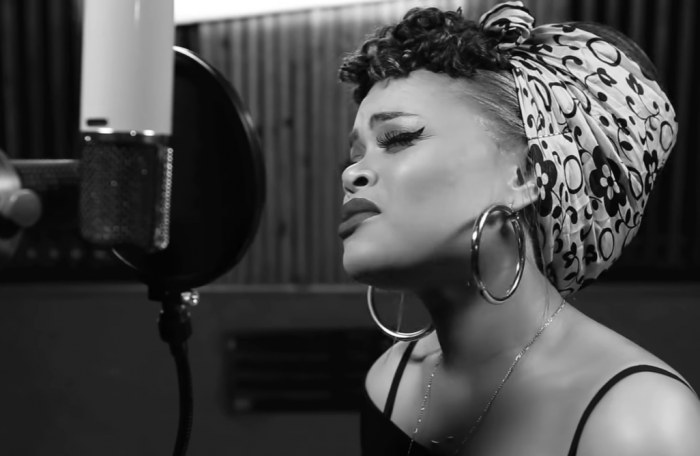 For most of last week, I had the overwhelming sensation that I was choking—emotionally, that is.

My chest felt tight, like someone was squeezing my heart. Not hard, but with the kind of force that made me think they were just trying to see exactly how much I could withstand.

I found myself either on the verge of tears or full-on breaking down. And even after I thought I’d cried it all out, there wasn’t the same sense of release that tears often bring.

You see, I was scared. I felt like I couldn’t find my footing. I was walking on shaky ground when all I wanted was to feel steady, safe.

I longed for boredom and routine but kept being hit with drama and unresolved issues and long conversations that felt steeped in hurt and judgement.

For days, I felt powerless—trapped in my emotions without a way to resolve anything or move forward.

When discomfort and fear and powerlessness start creeping in, we can feel like we’re drowning, like there’s no way out or through. We become emotionally paralyzed, and our ability to take control of the situation or make choices that create a different reality feels long gone.

There are many tools to help us climb out of the funk of fear and uncertainty. One of my favorites is music.

The right song at the right time can be an instant mood-changer. Hearing the opening chord of a certain tune can mean the difference between facing the day as your smallest self (shoulders hunched because of sadness and overwhelm) or attacking the day as your fullest self (head high because even though you’re scared, you’re taking charge).

Today, I asked Elephant readers what song helps them stand in their power when they’re feeling scared and unsure. I wish I’d had these playing on a constant loop this weekend.

Here’s hoping they heal you as much as they’ve healed me:

“Rise Up” by Andra Day

“Let it Be” by The Beatles

“Ooh Child” by The Five Stairsteps

“The Middle” by Jimmy Eat World

Nicole Cameron is a lover of words: the simple ones, the powerful ones, the made-up ones, and those of the four-letter variety. She’s also a fan of N.Y. style cheese piz… Read full bio

11 Ways to Be an Effective Partner When Your Girlfriend or Wife has Depression & Anxiety.

6 Small but Toxic Habits that Negatively Affect our Mental Health.

6 Destructive Behaviors that are Ruining our Relationships.