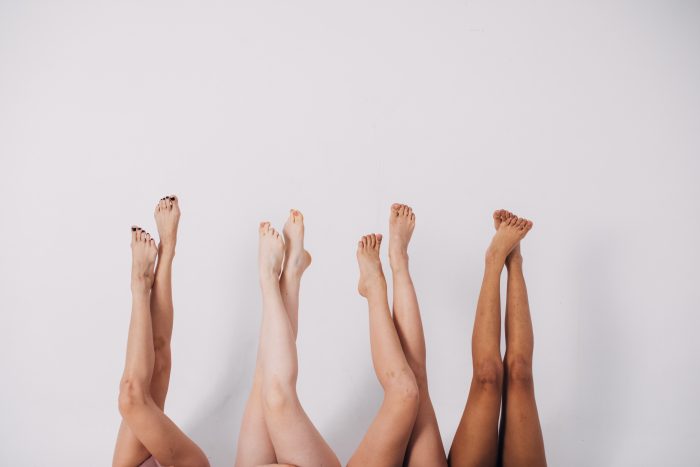 This article is written in partnership with Vella—they’re dedicated to putting science in service of great sex, and closing the orgasm gap between men and women. We’re honored to work with them. ~ ed.

It’s not all in your head.

The reason you can’t go from zero to straddling a Westeros knight in seconds flat like they did in Game of Thrones isn’t because there’s something wrong with you, or because sex as a woman is more “complicated” than that.

If your lady parts aren’t cooperating in the heat of the moment when the clothes are off, the stage is set, and the lust is heavy—it’s not because of you—it’s because of science.

It turns out, like many intricacies in women’s bodies, that there’s a vast misconception of how women get turned on, and especially about how women orgasm.

The 60% of women who have admittedly faked it in bed are begrudgingly clawing their way out of the orgasm gap as a result—but there’s finally someone lending them all a hand.

Vella, a proprietary pre-play topical serum for arousal, is stepping in to bridge the orgasm chasm. It was meticulously designed by the lead experts who helped develop Viagra and Cialis, and it’s backed by scrolls of revolutionary sexual wellness research.

“The biggest hurdle for developing an effective and easy arousal therapy for women was the female orgasm being labelled as ‘too complicated’,” ~ Dr. Harin Padma-Nathan, the lead Principal Investigator for Viagra® and Cialis®, Co-founder and Chief Scientific Officer at Vella Bioscience, Inc.

Get the first, intelligent serum of its kind for 20% off using code EJ20 >>

Dr. Harin Padma-Nathan, together with Dr. Michael Frid, have been sick and tired of the leg up men have had in maximizing their pleasure over women’s. Their focus was on applying the same energy that’s been poured into men’s pleasure for the last century into women’s pleasure.

This time, the science wasn’t centered on the brain, but on the body—and landed precisely on the same smooth muscle both sexes share. Their framework led to the development of this groundbreaking women’s pleasure serum that addresses the step before sex happens—arousal.

That explains why the road from feeling hot-and-heavy to the lubrication sensation in our lady parts can tend to be longer than it needs to be, and Vella is on a mission to make it all a whole lot smoother—and right at the intersection of science and beauty. 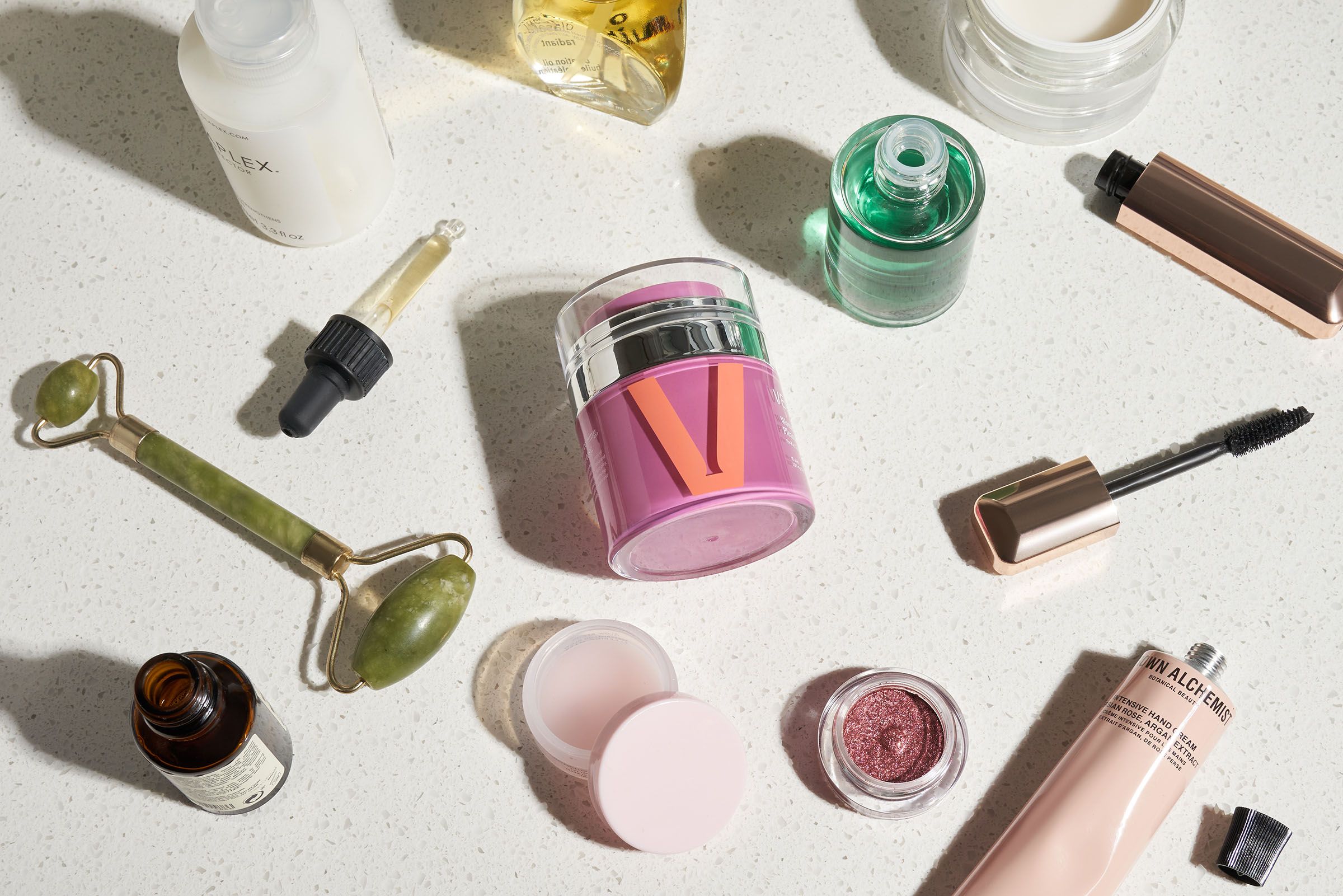 In clinical studies, the minds behind Vella discovered that by delivering CBD deep beyond your skin to relax vaginal and clitoral smooth muscle tissue, 90% of women aged 18 to 75 reported increased ease, intensity, and frequency of orgasm—oh, and a whole lot of other good news:

You know why there are so many happy comers—err, I mean campers? The active ingredient in Vella isn’t just CBD, it’s a pure, nano-encapsulated CBD molecule. This allows the CBD to be delivered deep beyond the skin to work at the cellular level, right where the magic (arousal and orgasm) happens.

It’s sensual intelligence in a bottle, and it’s bringing women’s sex lives out of the nightstand drawer in three key ways:

1. Making sure ladies always come first. Shame and the stigma around what women want in bed, how we want to get it, and where we’re getting it from, needs to go. Vella is opening up the conversation that 44% of women won’t talk about even with their friends: how they orgasm.

Not only is Vella furnished in an aesthetically dreamy bottle that could go toe-to-toe with your favorite perfume bottle, it jumpstarts women’s arousal, leading straight to better orgasms. With its pre-play prowess, simply applied 15-20 minutes before sex, it allows you to slip into sweet sultriness in a way that you’ve (probably) never experienced before.

“Being able to orgasm with a partner nearby has always been a struggle for me. But when I was using Vella, not only did I find it much easier to be able to reach orgasm, but the orgasm I had was incredible.” ~ Laina

The more sex you have, and the better it is, and the more likely you are to write home about it—well, maybe not home—unless that’s how your family rolls (you guys are cool).

Vella’s here to normalize comparing sexy notes, and kicking the stigma around women’s sex lives to the curb.

2. Keeping things sexy throughout a woman’s lifetime. Vella is all about empowering women of all ages, which is why it’s loved by ladies from age 18 to 75. It’s no secret, though, that attitudes toward sex evolve over time, and especially during monumental hormonal stages.

“After having my third child and reaching my late thirties I realized I was no longer able to have an orgasm without a lot of effort, which had never been a problem for me before! Finding Vella has changed my sex life in the best, most natural, and effortless way.” ~ Jessica

It’s not just women’s bodies that change after kids—there’s a host of other hurdles like, you know, tending to the kids. It’s kind of challenging to get aroused when Timmy and Jessie are knocking on the bedroom door asking for snacks.

Parenthood is one thing, and peri and post menopause are another. When estrogen levels drop, vaginal dryness is unfortunately on the rise, which leads to women having a tougher time with the arousal piece that Vella specializes in.

From the time women work on getting pregnant, which really can feel like a job at times, to when the kiddos are running rampant around the house, to when those children have kids of their own, Vella steps in right where women need it the most—at that step between saying “no, not tonight” and saying “yes, let’s go again!” 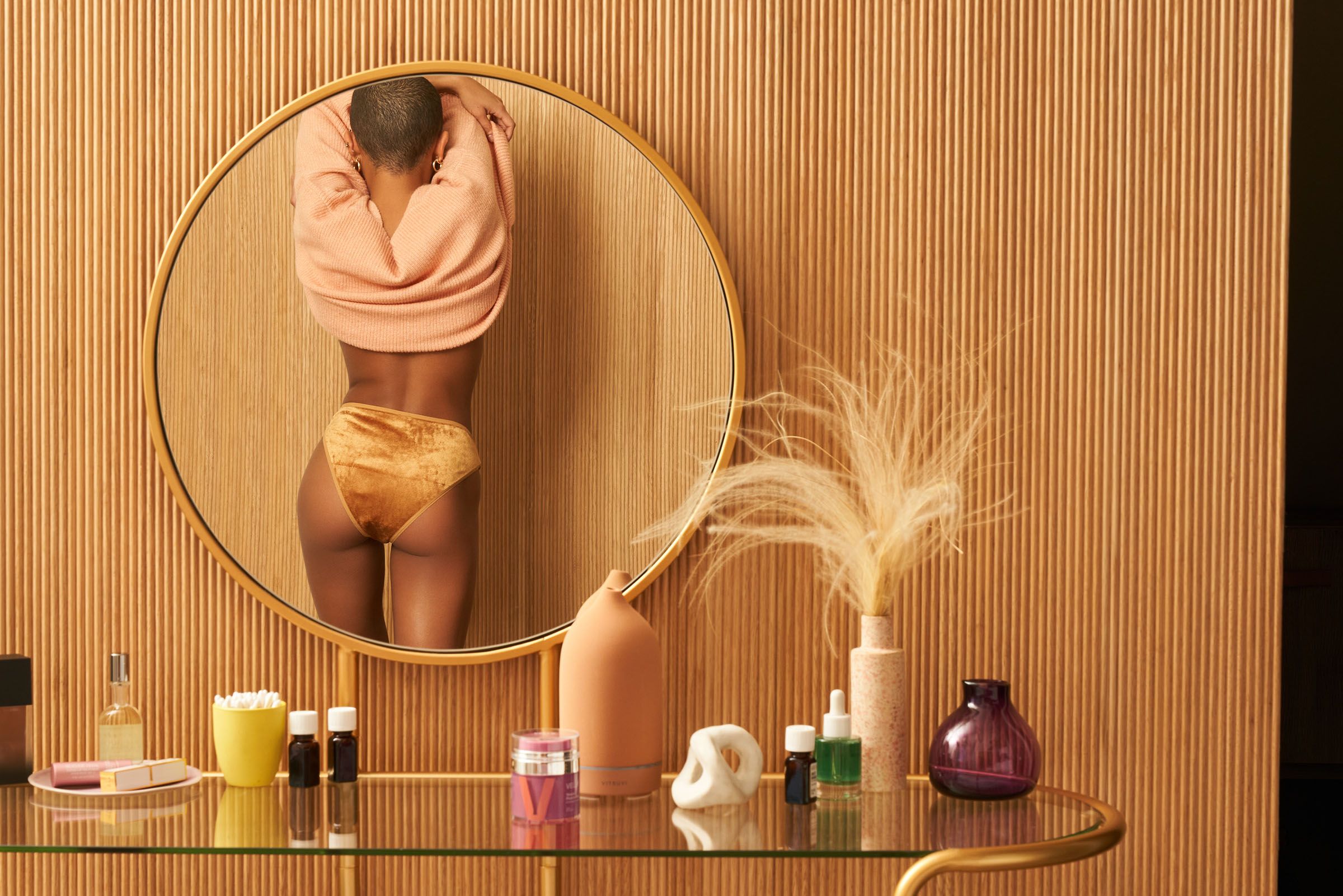 3. Changing the way we look at sexual health. When you grapple with anxiety, depression, or just generalized stress—coming doesn’t always come so easily. Mental, emotional, and physical health struggles can cause a disconnect between your mind and your lady parts, which can feel like a betrayal when the moment strikes, and potentially send us down a sexual spiral.

You shouldn’t have to put sex on the back burner when you’re not feeling like yourself—that’s when you need it the most! The connection, the blood flow, and the orgasm don’t need to be reserved for your best days. When you’re in the mood for sex, but literally nothing else, Vella gives you the boost you need to get a much-needed reprieve from life’s B.S.

“Vella has allowed me to take care of my mental health and remain on the medication needed, without sacrificing my sexual wellness and pleasure.” ~ E.S.

Vella may be topical, but it goes much deeper. It’s taking grounded, intentional, and scientific measures to support women in smashing stigmas, lusting throughout their lifetimes, and making sexual wellness synonymous with overall health.

No matter what your personal life looks like, Vella’s here to tell you to come as you are.

Science in the Service of Great Sex.

A Balance of Beauty and Science.

1/3
No offense to good lube, but this serum is a lot more. Crafted by scientists, Vella works deep beyond the skin and relaxes your vaginal and clitoral smooth muscle tissue for more frequent, intense, and satisfying orgasms—for women at every age and life stage.
Get 20% off with code EJ20
< Previous Next >

2. Just the Right Amount, Every Time.

2/3
"What I really liked about Vella is that it helped me get wet on my own before we started, so I felt in control and really turned on. The lotion feel is so nice and kept me wet without having to reapply." ~ Tara
Get 20% off with code EJ20
< Previous Next >

This deserves a place in your Self-Care Lineup.

3/3
There's no need to throw Vella in your nightstand drawer. It's designed to loudly, proudly, take up space in your personal life, just as your pleasure should.
Get 20% off with code EJ20
< Previous Next >

Kaitlin May is a ukulele strummer and singer whenever she is not writing on Elephant. Most recently, she has become a purveyor of mindful, on-mission products that Elephants … Read full bio

The Exact Moment in my Marriage when I Stopped Being Everything to Everyone Else.