Uncover the power of your voice:
Join our best-selling Find your Voice course.
Empower your writing for business, life, and activism.
Learn more here >>

Uncover the power of your voice:
Join our best-selling Find your Voice course.
Empower your writing for business, life, and activism.
Learn more here >>

The Evil Stepmother: How this Fairy-tale cliché Hurts Women in Real Life. 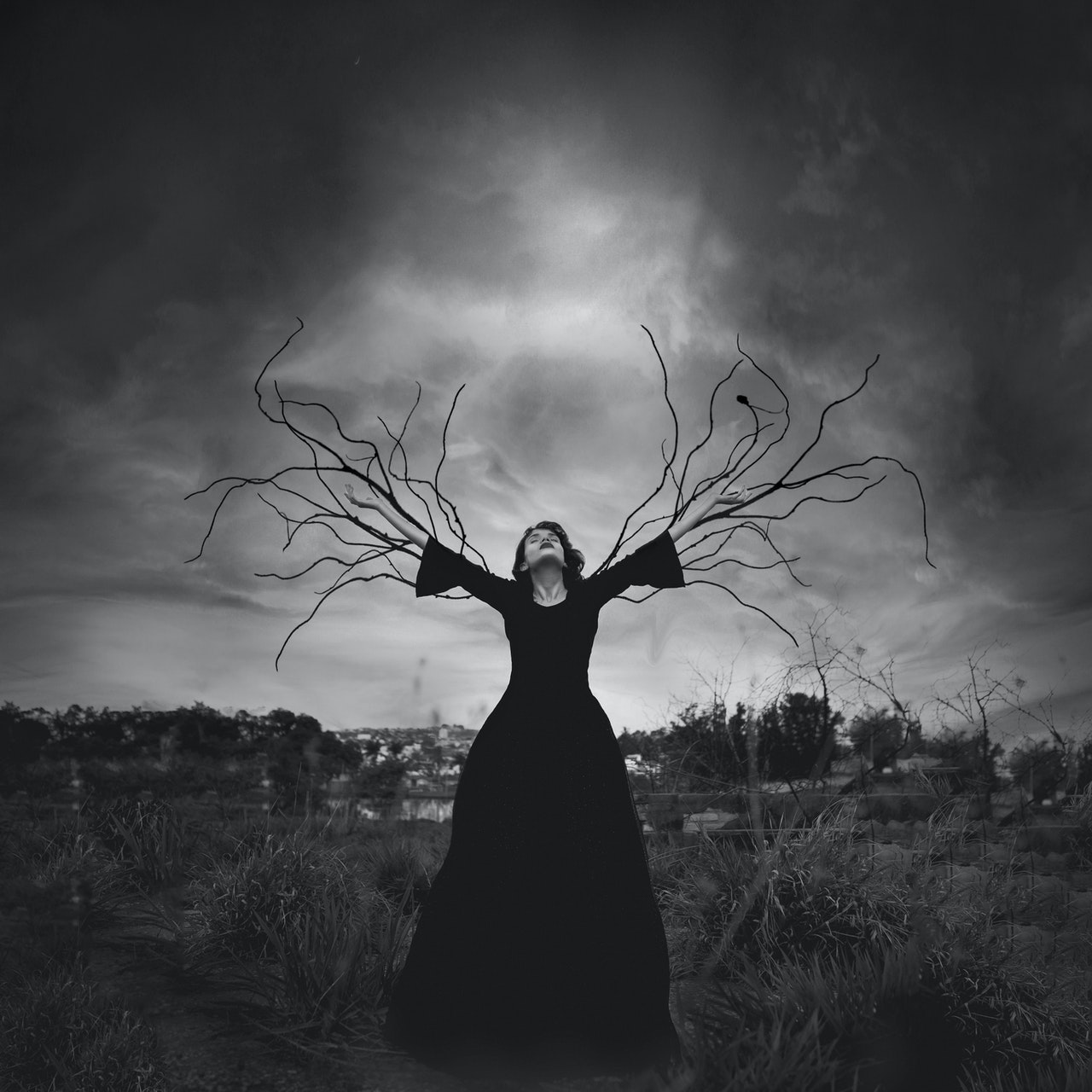 That of the evil stepmother, the abandoned child, and the fight between good and evil.

Disney had a field day here bringing us this evil female archetype in many forms, most notably in “Cinderella”—but also in adaptations of “Snow White,” “Tangled,” and “Enchanted.”

Then there are those Brothers Grimm, who served us up the worst of them all in the form of the Woodcutter’s Wife, who not only kicked her husband’s kids out, but encouraged him to hand-deliver them into the deepest darkest forest to let them starve to death…nice.

In this tale, there are two children, Hansel and Gretal, and a witch (who ends up being cooked in the oven by our little terrified lead characters). Upon reaching home after that event, Hansel and Gretal discover their stepmother has also died—leading us to believe that the witch and the new wife were one. The disturbing tale turns to joy as the children are reunited with their loving father and they all live happily ever after.

Their father led them into the woods to die. They then run back to their father with open arms.

Anyone else scratching their heads here?

Let’s look at Cinderella too. In most of the adaptions, her mother dies—then her father. Which is pretty sh*t on her, but has anyone else wondered why her beloved dad (RIP) didn’t consider protecting his only child’s inheritance? Did Cinderella’s mom turn wacko overnight or were there some signs of her being a bit “off,” Cinders could have confided in her father before his untimely death?

Where the hell was this guy’s estate plan? Why didn’t he protect his daughter? (Not to worry. She is saved by a man with a palace, and all ends well. Eye-roll.)

We have all met that woman. She has just remarried and is living in her adaptation of “Cinderella.” However, in this version, she has been typecast as the evil stepmother ahead of committing any evil deeds. In fact, she is 100 percent miscast as she should be in the role of Cinderella. She cooks for them, cleans, is attentive and kind—yet is vilified and chastised not only by her inherited brood, but also the biological mother of the children she adores.

I watch this play out from the outside and I understand that there are significant complexities in this blended family dynamic, but I also want to scream at the top of my lungs whilst watching it play out. The husband watches this play out idly. He is seen as the peacekeeper, silent and idolized by all parties. Everyone in this household holds him on a pedestal. The ex-wife doesn’t have the same vitriol toward him that she holds for his new wife. She has unknowingly become the Woodcutter’s Wife, and he has evaded becoming the Woodcutter. But why?

Simple answer: because she is a woman. Women being cast as the villains in fairy tales is a generational curse, one that has produced a modern stereotype.

The roots of this stretch way back and are planted in a steaming pot of patriarchal manure. The birth of the evil stepmother archetype was a manifestation of men, by men—to protect men. In the good old days, women had no power, no ownership, no authority, and were seen as assets of the menfolk. I would harbor that the stepmother archetype was born of women stepping into their agency and the patriarchy applying a label to this—the single women who did this were branded witches. The second wife? Evil Stepmothers.

Stepmothers would have been a common occurrence back in the days of Romans and kings’ rule, with their role as the baby-making machine being primary—for survival and security. Produce an heir and ideally a spare and survive to tell the tale. No heir produced, only bore female babies, or should you have died in childbirth (as many did), you needed replacing, and fast. God forbid the lord of the manor would have to raise his children or couldn’t preserve the patriarchy for his sons.

And boy, she didn’t have it easy. Kids can be torture. Even the biological parents will tell you that. Some days they are hard to tolerate. But back in the day where it was quite literally survival of the fittest, is there any wonder there was some friction between stepmother and stepchild? Particularly those who were recently bereaved. Marriages were seldom for love in those days, arranged for convenience and social status. These women often inherited men and children who they did not want. There was a maternal deficit—and it showed.

The saddest output of most of these fairy tales is in the pitting of women against women. Cinderella against her stepmom and sisters. The fight was never about Cinderella doing the chores—it was about inheritance. Ensuring she did not marry and keeping her weak and powerless protected her stepfamily’s positions.

Whilst the stepmother shoved her biological daughters’ feet into shoes too small (in some retellings even cutting off their toes) in a desperate attempt to get them hitched. Women versus women is a calculated and consistent theme—the weak ones, the ones who have not yet stepped into their agency are seen as wholesome, helpless, and vulnerable. The scene is set for them to be swooped in and saved by a prince, a hero, a protector—awoken by true love’s kiss and gifted with land and castles and little servant mice.

This learning has passed down from generation to generation, through folklore, through historical retelling, and straight into the hands of our babes in books at bedtime. They are fed stories of evil women and doting fathers, and then when the father does the dirty and they are presented with a stepmom, it all goes to sh*t.

It’s so easy to fall into these age-old patterns; we are conditioned to do so. It’s so easy to blame the woman—because how f*cking dare she?! But why don’t we question—where is the father? What is his role? Where is his culpability?

Is Hansel and Gretel a story of an evil stepmother, or a weak-ass father who chooses to feed his wife over his kids?

Where is his serving of justice? He doesn’t end up in the oven; he ends up being embraced by the children he abandoned—the villain masquerading as the hero. Yet we (society) accept this—so much so that we put it in a children’s story. Is there any wonder that with this conditioning we still hear whispers of “wicked” when we hear the word stepmother?

Have stepmothers become the ultimate scapegoats for the weakest of men?

Whilst these stepmother stories are that of folklore and fairy tale, the impression they leave is a lasting one, etched deep into our consciousness and hard to shift. These stories within their dusty pages still have the power to shape our views, create hierarchies, and deliver societal prejudices regardless of our age.

Nowadays blended families are born of love, not convenience or survival. There is a foundation of togetherness and willingness on the parts of the stepparents we inherit. Not in all cases, but in most.

Stepmothers are often the third wheel by choice. I salute that. It’s a tough gig—but you are needed, and are more magnificent than maleficent.

But a word of caution stepmothers everywhere: pick your stepkids’ bedtime books wisely!