Are we Jealous or justifiably Worried?—& How to tell the Difference.

The car stereo blasted as my friends and I headed out for our Friday night at the bar.

I sat in the passenger’s seat staring out the window, trying to contain the excitement of the evening we were about to endure.

I had been dating this guy for over a year and I was head over heels for him. We planned a run-in at the bar that I was going to with my friends. Surely, this night was going to be great.

I walked in and saw his handsome face through the crowd right away. My heart soared at the sight of him. I hurried over to feed my addiction of him, and I leaned in for a kiss before I even said hello.

Our friends mingled as I took a seat next to him. He ordered me a drink and held my hand.

After a few moments of small talk, a tall blonde-haired woman walked over and hovered over us. “Hey you,” she said sweetly. I glanced up at her with a puzzled look on my face. I quickly glanced back at him to get his reaction.

He smiled at her and dropped my hand so he could stand from his seat to greet her. I watched intensely at their exchange of hellos.

He didn’t reclaim his seat when he looked down at me to introduce me by name only to the mystery woman. I couldn’t even tell you her name as my mind instantly replayed the moments just prior, in order to confirm the fact that he didn’t use the word girlfriend in that introduction. Nope, even in the replay, he didn’t say it.

He remained standing as they chatted about who the hell knows what because my mind was racing at that point. Who is she? Why is she here? Did he invite her? Why didn’t he introduce me as his girlfriend? Why is she still standing here? Does he want her?

My insecurities took over full force. She was prettier, she was taller, she was sweeter, blah blah blah. I couldn’t shake off this feeling I had.

As the night progressed, it got worse.

He talked to her all night. He stood by her side. At one point, he put his arm around her and asked when she was going to dump her boyfriend to marry him. He told her jokes. He bought her drinks. I sat there wondering what the f*ck was going on.

An overwhelming sensation took up space in my body.

I was furious. I think I was going crazy. I imagined myself standing up and punching him in his fat face.

Why was he doing this to me?

When he tried to talk to me later in the night, I blew him off. I gave one-word responses. I spoke with an attitude. I wanted him to know I was pissed. All it did was push him back over to her.

I felt sick to my stomach. I wanted to cry. I was losing him. I stormed off and went home. I couldn’t deal with it any longer. I received texts later that night telling me I was being a baby. I was immature. I needed to chill out.

What the bloody hell? I was goddamn jealous!

I needed to figure out if my jealousy was irrational. Jealousy can make us feel angry, resentful, or even sad. I felt all of this.

It can often tell us something about ourselves and our needs. I had to reevaluate everything I knew about my insecurities, fears, and past relationships.

If I was a jealous person, problems would always come up if I didn’t correct them. Irrational and excessive jealousy can eventually destroy relationships.

Jealousy can show our own insecurities, obsessiveness, and paranoia. It can come up whenever we are worried about losing anyone important to us.

He was important to me. I loved him.

But first, I needed to figure out if my jealousy was irrational or a normal emotion. Jealousy can sometimes give us a twist on reality, so talking to a friend can help us put things into perspective about what actually happened. A friend can help us determine if we were out of line or had a reason to feel jealous.

We should jump into jealousy. Dig deep into those feelings, and sort through them. We know ourselves best. Were we out of line or did someone make us feel this way?

And we can explore the underlying issues. Do we have a reoccurring issue when it comes to jealousy? Do we see a pattern that follows us regarding jealousy? Without judging jealousy or ourselves for feeling it, has it affected us negatively in the past? We need to determine whether we are insecure about ourselves and our place in a relationship.

Although I showed some signs of jealousy in the past, they were pretty standard. I never worried about this before with anyone.

I was never a jealous person until he provoked me. We were in a serious relationship. I expected more from him. I wanted someone to have eyes for me only.

The fact is, if we don’t have a history of being jealous in relationships, we’re probably not jealous. We are justifiably worried.

Next, I had to figure out why this person was making me jealous.

There are situations where the other person may try to make us jealous because they feel insecure about our feelings for them. Their attempts at making us jealous might be their way of trying to capture our attention. They are only trying to get a reaction out of us.

Sometimes, the other person is an immature game player who doesn’t care about us. Or they need to know they still have it, so they will do what they want, when they want, in order to seek attention from anyone who will give it to them, regardless of whether they are in a relationship or not.

When this happens, we should voice our concerns and discuss how their actions made us feel. And whatever we do, we must stay calm. Yelling and screaming will get us nowhere. We want them to know we are serious and to be taken seriously. When people are being yelled at, they tend to put their guards up and go into defense mode instead of listening.

We can offer them reassurance of how we feel for them.

Whatever we do, we mustn’t react to their attempt to make us jealous. It’s easier to say run the other way, but if this is someone we truly care about, it’s not that easy to walk away without trying to figure out if their intentions were malicious or not.

All we can do is lay out our cards. If this person is worth it, they will understand where we are coming from and be more considerate of what makes us feel uncomfortable.

Lastly, I needed to figure out if this person was worth it.

We all deserve someone who treats us with respect, who is considerate, who is honest and trusting. If they can’t give that to us, then we must run the other way. They don’t have the right to make us worry about the relationship. They can go have whomever they want at that point.

We need to trust the person we are with. Anyone who can’t give us that trust isn’t worth it.

I won’t ever allow jealousy to control my emotions again. Whether I’m jealous or justifiably worried, no one will get that power over me again.

Related to this article: 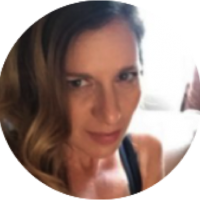