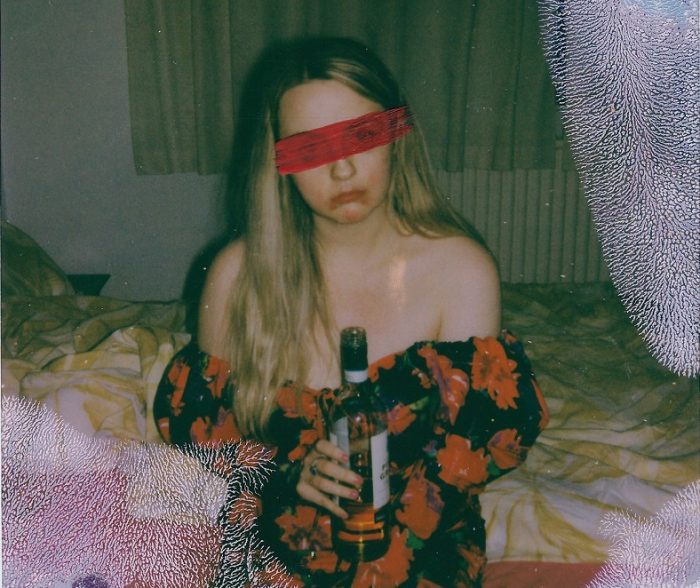 When I climbed on that city bus to attend my first NA meeting after my tragic and heartbreaking three-year relapse, I had already made peace with the fact that I might never write another decent poem again. I might never be able to write another catchy song—and as for my sex life, well I was ready to accept how awkward or even nonexistent that was going to be.

That was how beat down I was by the lifestyle, the booze, and the drugs. I figured even if my creativity was going to suffer, at the very least I could still establish connections with people and go back to earning a living. I had given up both of those luxuries for the sake of being intoxicated all day and every day.

I stared out the window as the bus made its way north on Route 32 and my eyes caught a mama deer with two babies in tow, scurrying up the hill off the shoulder of the road. A tear rolled down my cheek.

How did I let everything go to sh*t so fast?

Now, 11.5 years later, I realize that it wasn’t fast at all. It was a long, slow process of numbing myself and medicating myself—trying to address a chronic depression issue without any input from a doctor or a therapist.

Today, I wouldn’t go back to that life under any circumstances. My faculties and creative powers are the sharpest they have ever been in my life. Better than when I discovered weed, and way better than before I discovered weed. For a person like me, there need not be any other enticement to stick with sobriety. Perhaps you might need a little more, though.

1. The ability to think

As I mentioned, to me, having a sharp mind and prolific creativity is a better high than anything I could hope to get from a shot glass, but it doesn’t just stop there. Strong decision-making skills, the ability to foresee issues before they crop up, and the wherewithal to put out fires when they start are all vastly improved by sobriety. It only took a slight back injury that required muscle relaxers for me to remember what it was like when I didn’t have 100 percent acuity at all times. I never want to go back to that again.

Every time the news runs one of those stories about one or two glasses of wine preventing cancer, I can’t help feeling like they might be misleading people with junk science. Sure, people who drink a glass or two of red wine might experience better health outcomes, but could it possibly be that the demographic that drinks wine with dinner has better access to healthcare than, say, the demographic who is in recovery and abstains altogether? Correlation does not imply causation. The word “intoxication” literally means you’ve been poisoned. I am fairly certain that sobriety improves health and the good science backs that up.

In the last year, the rate of inflation in the United States has risen 6.8 percent, which is the fastest rate of growth since 1982. Landlords are raising rents, groceries have become unmanageable, and, to add insult to injury, people are actually earning less now than 40 years ago. There’s good news, though. Sobriety is a huge money saver! Restaurant bills without alcoholic beverages are usually exponentially lower than with. But even if you just stay home and knock a few back every night, it adds up.

Especially for those of us with young children, the idea of checking out early is not terribly pleasant. There are a variety of reasons why sobriety can increase one’s longevity, and it isn’t even all about physical health. Mental health improves and quality of life improves. All of this adds up to more time to play dolls with your daughters, more winter sunsets, more belly laughs, and more romance.

There is an indescribable pleasure one gets from the feeling of waking up clear-headed and energetic. When we drink on the regular, we kind of get used to walking around in that cloud all the time and we lose the ability to recognize how difficult it truly is. But if you’ve ever played baseball, you know how light and free it feels to swing a bat once you take the weights off it. The analogy is nearly perfect. You will wake up in the morning after a few weeks and really notice how energetic and joyful you are.

I remember the feeling I had when I finally put the drink down. I was so proud of myself! But more than just proud, I was inspired to go even further. When we do that thing that we know we really have to do—that thing we have such a hard time wrapping our head around—we realize that we are unstoppable. We become ensconced in the idea that “if we can do that, we can do this…” Before we know it, we sign our first book deal, meet the love of our life, or live out every dream we’ve ever had. It all starts with that one step.

Many people are under the false impression that they sleep better after a few drinks, but this is a fallacy. Drinking may help you to fall asleep faster, but when you wake up, you usually don’t feel rested. This is because alcohol has a tendency to prevent people from reaching the deeper levels of REM that account for whether we feel rejuvenated or groggy in the morning. Try a few weeks of abstinence and see if you don’t feel more refreshed.

Alcohol has a tendency to accelerate the aging process. It has been known to give people a puffy and inflamed look, cause dehydration, skin sagging, and even acne. There’s a reason why bars are usually dimly lit. If they weren’t, people would see how they really looked and stop drinking. Seriously though, when you think about it, aren’t your non-drinking friends the ones who usually look the youngest and freshest?

I don’t know about you, but I have retained very little recollection of things I did and experiences I had when I was drinking heavily. The nights I’d black out were the worst. But even if you only knock back a few every night, you will still compromise your ability to recall the kinds of minute details that are always accessible when you are sober. Life is precious and short, and we certainly weren’t given enough of it to go indiscriminately wiping out large swaths of it in an alcoholic haze.

10. The sex will be much better

As I mentioned earlier, I was so beaten down by my last relapse that I was ready to accept a life without sex just to get better. See, the thing was, I was so damaged that I truly believed the only way a person could enjoy sex was to be at least a little buzzed. After I got over the initial awkwardness of learning how to have sex completely sober, I realized that it was 10 times better that way. As far as performance—without embarrassing myself too much—let’s just say I was much healthier and my body cooperated a lot more. I felt like a teenager. And when you feel like a teenager, you can make your partner feel like a teenager. It’s a total win/win.

So, give yourself a break: go sober for 2022. I can assure you that once you get past the initial difficulty of putting the glass down, every aspect of your life will get better.

Billy Manas is the author of “Kickass Recovery” a refreshing look at self development for people with substance use disorder. He is also a poet, singer-songwriter,… Read full bio