How a Martial Arts Teacher helped me Heal from past Trauma. 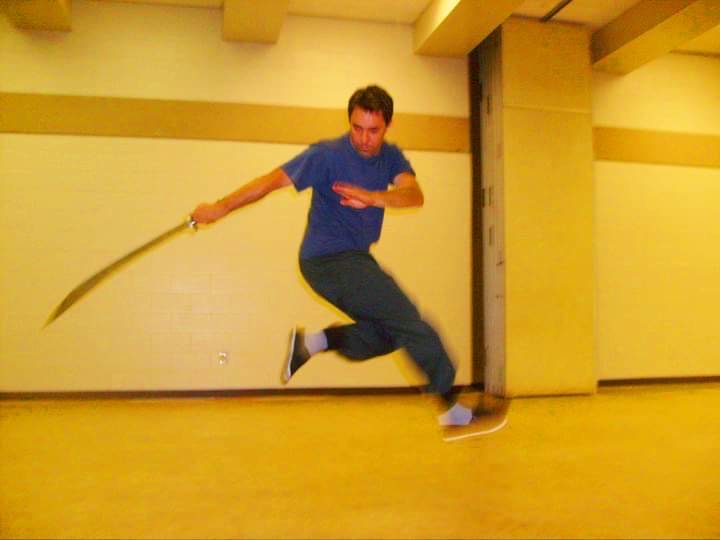 A few years ago, I received a massage from a stressed out massage therapist.

She was apologetic whilst working on me, saying she was stressed and had missed her tai chi class, as she was caregiving for her aging parent. I am used to the floodgates opening with therapists, and I listened as she worked on the knots in my arms and hands.

She said that tai chi had changed and transformed her life. She gushed that her Sifu was the greatest teacher and I should give the class a try. As I left, she wrote the name of the class and instructor on a card.

Several months later, I thought about contacting the name scribbled on the back of the massage appointment card. After some back-and-forth debate in my head, I sent an email and waited. I really knew nothing about tai chi other than it was prescribed for stress management and chronic conditions in healthcare where I worked. I had a taste of a Qigong class at a silent Buddhist retreat, and I thought the two might be similar.

At the time, I had lost a father, an ex-husband, and ended a long-term relationship. To top it off, my daughter married and moved across the country. I felt shell shocked and confused by the pain that I was experiencing. I was trying desperately to keep it all together.

After years of feeling like I had arrived at a place where my past trauma was in the past, I was once again triggered—by men. The men who loved me I hated the most. If a male friend or colleague walked up to me in a store, I flinched, and they noticed. I was back to where I started, and I had to deal with the trauma.

When the teacher sent a warm response to my email and offered a trial class, I felt I had nothing to lose.

I recall the first class like it was yesterday. It was a small intimate group held in a local dance and recording studio a few blocks from my house. Everyone knew each other and the class was predominately men.

I felt frozen, and yet I stumbled my way, learning the movements, which seemed gentle. I was triggered by the teacher or other participants if they touched or walked too close to me. I fought the tears, saying to myself, “I am here and now,” over and over. Week after week, I showed up. Although there were times I wanted to run out, I stayed with myself, and the group.

Then came the addition of other elements of the class—contact with others using “push hands,” and the introduction of weapons. My comfort was pushed, and I again found my breath.

The teacher or “Sifu” was gentle, as were the other participants; yet physical contact of “push hands,” a gentle rhythmic partnered exercise, made my world spin and my heart race. With time and patience I found safety through the movement. We changed partners during each class, and as each participant seemed to sense my unease, they in turn were gentle and encouraging.

Here we are, several years later and in a pandemic, and I am more than happy that I was able to stick with the group and stay with myself—even though I felt at times like I was dying inside. This group continues to be one that I attend even now, and I find a sense of comfort and comradery with the men.

The class and the Sifu have helped me greatly. I still have healing to do, and I am not ashamed to admit this. Trauma takes time to heal, especially the trauma stored in the body—for the body doesn’t forget. Movement and the healing ancient art of tai chi, a martial art, has helped me move out of the frozen state, and past that flight state.

This past class over tea and a mid-class break, I asked the Sifu and the other classmates what tai chi means to them, and how it has impacted their lives. They all shared openly and honestly with me. They all shared that tai chi helped them release tension and move with ease in the world. The Sifu shared his path and story—how he arrived and studied his way to becoming a Sifu and started his school here in our city. Vulnerabilities were shared and discussed.

When I first signed up for the class, I had no idea of the complexity of the various elements. All I knew was that I needed something to help move me out of the frozen state and get me back to moving forward in life. This being said, I was frightened to move forward, and I was afraid of the class. To be honest, I was fearful of the teacher and the other participants—I was on guard. This fear has dissipated and all that remains is peace and calm.

The Sifu’s way of teaching is through modelling and the transmission of ancient values and principals. He mentors and guides by offering corrections as well as praise and positive feedback. I’m not sure he is aware of my struggles or how far I feel I have come—not in terms of success in the forms and the art itself, but in healing as a human being.

One of the elder male participants offered that this class and teaching is based on love and compassion, and this makes all the difference. I would wholeheartedly agree.

I am sharing this now, for an ancient art has helped me greatly, and for this I am so grateful. I am grateful that I have a Sifu to guide and teach and pass on all that he has learned over the years from his Sifu. I am grateful to the students.

I am grateful to the massage therapist as well. I haven’t seen her since joining the group; she might have moved away. She was right; the class and the teacher are indeed life-changing. 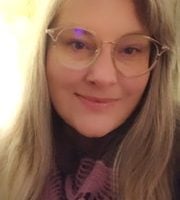 Renée Fesser is a free-spirited soul who loves writing about love, spirituality, and self-help. As a therapist, Renée works with people to create their best lives, and as an… Read full bio