15 Things a Therapist Wants you to Know about the Pandemic.

“I don’t want to be on the planet anymore,” she said quietly as her eyes welled with tears.

She lowered her lashes and looked down to the floor, breaking eye contact with me as she went inward to an interior world that I couldn’t see with my eyes, but felt with my heart.

This is how it was for therapists steadfastly working throughout 2020 and 2021 as tremors rumbled around the globe, cracking the foundations of everything solid and previously known.

Quietly, mental health therapists around the planet put their heads down and went to work. Although the hope is slowly returning, the cracks still need mending. From a mental health perspective, the wound is not yet healed. Now is the time for damage control and repair.

No Master’s degree or PhD program prepares practitioners for how to support mental health care in a major pandemic and societal lockdown. Like most of my colleagues, we had to figure it out as we went, managing our own fears, monitoring for burnout, and tending to the responsibilities of our personal lives, while also supporting the public in dealing with a crisis that impacted every country on this planet.

While the people sitting in front of me were different, their stories were typically the same.

Here are the 15 most common things I learned during the pandemic:

2. The real virus, more prolific and infectious than COVID-19, was fear. Not everyone contracted Covid, but nearly everyone caught the fear, at least once. Fear divided society; emotions and beliefs caused some families to be ripped in two by differing narratives. Close relationships were severed as individuals took their position in the “who is right and who is wrong” game of differences.

3. Loneliness and lack of affection hit hard as depression and anxiety spiked; humans are mammals and mammals are pod animals. We are social creatures and being isolated from others leads to mental health problems.

4. Children were saying that they wanted to not live anymore because the Earth was a terrifying, angry, and a lonely place to be. They were afraid and saw that their parents were afraid, too. They were confused by how their friends’ families sometimes believed totally different things to what their family believed.

5. Some people fought fiercely to protect someone they loved. Usually that person had a grave illness that could be life-threatening, if they contracted Covid. Their anger to the unvaccinated came from a place of anticipatory future pain. They did not want to lose someone they love.

6. Others fought fiercely to protect their rights. They valued free will and consent. They fought to not have their right to choose taken away; they wanted the right to decide without pressure or force, with confidentiality.

7. There were many individuals who were horrified of the idea of getting sick. They were afraid of dying and were consumed by worst case scenarios and frightening fantasies of their own mortality. They often took isolation to a new extreme and barely left the house for an entire two-year period, except for absolutely essential reasons.

8. Lots of individuals were not scared of getting sick, but instead were scared of killing someone vulnerable by getting sick; their worst nightmare would be to bring suffering to others. They went to endless lengths taking every precaution to protect vulnerable people they had never met before. Their thoughts stayed on the health of the collective rather than the rights of the individual.

9. Many sought counselling because they were afraid of media and force; they distrusted major media outlets and biased reporting. They fought for the grace of time with a “wait and see” approach. They were not opposed; they wanted time to feel confident and at peace with their decision. There were so many competing narratives that they lost trust in who to listen to.

10. Countless individuals were frightened by the possibility of getting sick from the vaccination. They typically had vaccine injuries prior to Covid and often a diagnosed autoimmune condition, which meant they were at higher risk for complications. When the WHO advised that those with an autoimmune condition should avoid vaccination, they listened, and then felt judged.

11. Some were opposed to new medications entering the markets. They feared taking an injection that had no long-term studies on it. A major fear was speaking out due to the culture of shame, blame, and judgment in being seen as an “anti-vaxxer,” even though all their other vaccination series were up to date. They saw how the outspoken were treated and so they bit their tongues and hid their voices.

12. Some people with PTSD and respiratory issues struggled greatly with the mandates on masks; covering their airways resulted in panic attacks, flashbacks of former life-threatening traumas, and extreme emotional distress. Covid also caused a reemergence in emotional disturbance for those with unaddressed prior traumas.

13. Some people lost their employment because of their beliefs, some lost their businesses, and some divorced, because being stuck at home with their partner highlighted all that was wrong in the relationship. These people were tired; they were tired of fighting. They wanted to walk away and move on quietly.

14. Medical professionals became exhausted. They carried the weight of caring for sick patients, countless intubations, full ICUs, over-run hospitals, and caring for those who were dying of Covid. They carried the reality of compassion fatigue and burnout, exasperated by those who denied the reality of the virus, while they worked in hospital wards with wings full of sick patients, knowing a vaccination was available. They struggled to find empathy for those who chose not to get vaccinated, knowing that this option was available to them. Like everyone else, they too were drowning, but in a different way.

15. Everyone became tired, overwhelmed, and exhausted. Everyone believed they were right, and from their history, experience, truths, and perspectives, they were. That is the most complicated thing: Covid became not a war on health or a war on society but a war on beliefs.

Where do we go from here? I think no matter what your personal opinions are, we can all agree on one thing: that was A LOT.

Here is a gentle reminder that comfort can be found in understanding and in compassion. Usually when people make choices, it comes from a past history that you know nothing about. People have their reasons, their own histories, and their own emotional networks and memories. If you imagine standing in their shoes and reviewing their history, while also trying to look through their eyes, you will typically understand the reason people do what they do and think what they think, even if you do not totally agree with it or would make a different choice.

What this world needs to heal the ruptures waving around the planet is patience, understanding, compassion, and unity; we don’t all need to agree, but we do need to get along.

Next time you struggle to understand someone with beliefs that you deem to be contrary to yours, remember they have a mind very different from yours, and that will explain a lot.

Read more about the pandemic: 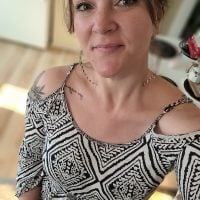 Holly Smee is a psychotherapist, writer, and entrepreneur. She is a seeker, a mystic, a nomadic gypsy, a disobedient rebel, a lover of furry things, a songbird, and an artist.… Read full bio