Keep your Goddamn Laws Out of my Womb. 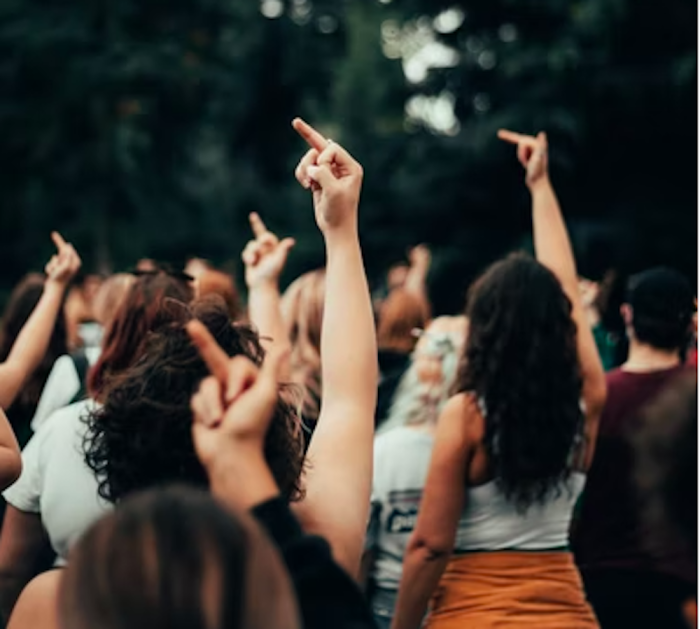 I’m seething in my skin, as if being burnt from within.

Every time I think I’m nearing the end of my grief over my abortion, something else surfaces.

What began as my normal morning inquiry into current events via NPR, has escalated into a mini-PTSD event. As various reporters have weighed in on how the potential reversal of Roe vs. Wade, one of the most infamous court cases in United States history, is now up for debate.

This can’t be happening.

Six weeks is the number that has gotten arbitrarily drafted as the expiration date on a woman’s access to a non-life-threatening pregnancy for an abortion in some more conservative states. The fact is that many bodies will give no indication of pregnancy within that time window.

Not too long ago, I returned from a vacation with my sweetie…pregnant.

I am intimately connected to my menstrual cycle. I use a period tracker to know when I am likely to be fertile and when I can expect menstruation. Because of my connection with my body, I detected subtle changes in my psyche and what felt like hormonal fluctuations early on. However, early pregnancy signs and premenstrual symptoms are nearly identical.

My period is pretty dependable. Every 25 days, Aunt Flow drops by for four. She’ll often send a telegram announcing her arrival a few days ahead in the form of a tiny dab of magenta smeared on a wad of toilet paper or perhaps a little pink kiss left in a lighter pair of panties.

Here’s the thing: a fertilized egg implanting itself in the uterine lining will do the same thing. There may be a bit of spotting, cramping, or no signs at all at the very beginning of a pregnancy. In other words, there is no verifiable way of knowing we are pregnant until we take a test. And why do most women take a pregnancy test? Well, usually because our period is late.

I was six days late when, after many angsty messages with a good friend, I decided to drag my ass to the pharmacy and pick up a home pregnancy test. Prior to succumbing to this process, I had done everything I knew to jumpstart my cycle. I drank menstrual tea and had a reflexology session with my practitioner focusing on the points on my feet that linked to my reproductive system. I had journaled—begging my body to bleed. I pondered the possibility that my cycle was doing a new moon reset. Maybe if I just waited, my period would return.

It was my anxiety and the urging of my friend that finally drove me to pick up an over-the-counter pregnancy test.

First, I chugged water because I expected a torrent of urine would be necessary to detect the hormone that identifies pregnancy. Settling down on the toilet—little plastic stick in hand—I let her rip, dipping the stick into the stream as directed on the instructions. Then I went into the kitchen, poured a glass of red wine, and waited the interminable three minutes, adding on an extra two just to make sure.

My belly sank at the audacity of those two pink lines appearing in the little white window. They were not faint or ambiguous in any way. They were bold and undeniable. I was pregnant.

My partner and I have an affectionate, if on-and-off type, relationship. He was fully supportive of what I wanted to do with what was taking place in my body. We had fondly fantasized about making a baby. And we had decided, together, not to do it.

But regardless of what my man might have wanted, the decision to keep the baby or not was ultimately mine. In spite of all the rational reasons not to keep it—letting the pregnancy go is still one of the hardest decisions I have ever made.

Having an abortion is something that haunts many women for years. We need support through this process, not unreasonable restrictions and guilt.

I went online to see if there was a local clinic that would perform the procedure. I live in a state that leans toward the conservative end of the political spectrum. Years ago, a friend had shared with me how she had to go to another county to get an abortion.

I, however, was able to make arrangements from the privacy of my own home. After a pre-interview with a provider, I set up a telehealth appointment with a doctor. I was informed that the window of accessibility for a medication-induced abortion was 11 weeks. I was technically at five weeks from my last period date (which is how they count), when I confirmed (via the pink lines), that I had, in fact, been knocked up.

Technically—because I know the date that we last had sex, and I can also pretty accurately guestimate the day I actually conceived—I was just at four weeks. Still, by the time I was able to secure the online appointment and receive the meds, I was past this ominous six-week window, which in the more astringent states would have made me ineligible for an abortion.

I share my own process of tracking my cycles to illustrate how ludicrous it is to expect that a woman should be able to detect a pregnancy, secure care, and procure an abortion (if needed), within a six-week f*cking window. Again, most women don’t even know they are pregnant by that point.

A woman’s menstrual cycle can average from 21-35 days, with bleeding that can last between 2-7. That is a normal cycle. Menstrual irregularity is common in women and fluctuates with age, stress, and other health considerations, such as the use of hormonal birth control.

Contraception is, at best, 99 percent effective. Even if all the right measures are taken, it is still impossible to completely eradicate the possibility of an unplanned pregnancy.

And don’t get me started on the lack of regulation in regard to the male reproductive system because that is not the point.

The point is simply this: a woman’s body is her own.

We are adults. We have the right to choose what is right for us.

Legislation that infantilizes women’s rights sets all of society back to the dark ages.

It is our right to choose what we do with our bodies, what we wear, who we f*ck—how and when. It is our right to decide if we will enter the sacred covenant of motherhood or not, as we see fit. And we will be held as no less human for making those choices.

We—women—will no longer tolerate being shackled, shamed, and hunted.

Justice Bartlett is a wild woman, writer, witch, matriarch, and consciousness provocateur. As a certified hypnotherapist, with more than 16 years of experience in the healing … Read full bio