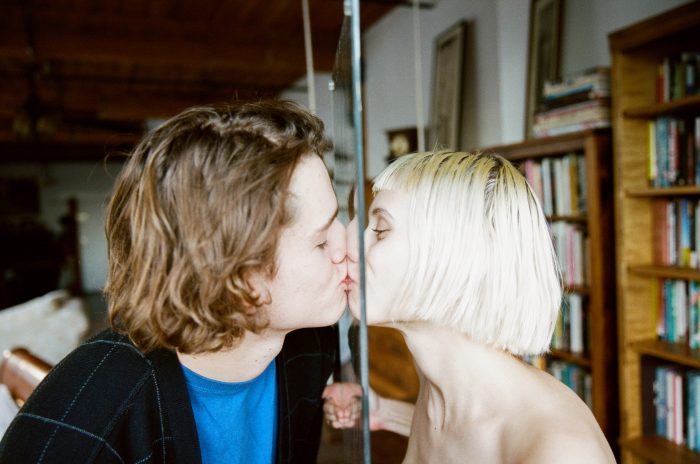 We all are aware that ending relationships and maintaining “friendship” status is the “evolved” way.

It’s everywhere in society. If you aren’t friends with your exes…it means something unhealthy. You certainly can’t have any type of negative feelings about them. It’s all good! Right?

Totally curious about this phenomenon, I dug into the research behind it.

Jealousy and micro-cheating are topics of discussion that most of us know are taboo. It’s the “in thing” to be friends with your exes or opposite-gender acquaintances—decades of it being socially acceptable. I mean, we are in the age of equality in the 21st century where many kinds of love and commitment exist. Where connections and social media bring us together. Out with the old traditions and in with the new “emotionally evolved” ways of dating and relating. Everyone knows this.

Is there a basis for this new age mentality of being friends with exes or opposite gender acquaintances as evolved? Studies show interesting information on this subject.

“64% of men and 44% of women reported that their opposite-gender friends became their sexual partners.”

Turns out it can be a new age “feel good” way of not cutting ties or not having secure boundaries. Of having options, back-burner relationships, in case it doesn’t work out. In case you need someone to fall back on.

Does this make for a healthier, happier long-term relationship?

Could it be to avoid committing to a relationship with both feet in and ride the waves? Or of not communicating and relating in a way that shows relationship responsibility. It can also be a way of not doing the work to create the bond you say you want. It can be a way of bypassing deep intimacy. It can be micro-cheating.

Dating sites have questions such as, “Are you okay with your partner spending a significant amount of time alone with their ex?”

In my experience, most people answer “yes” to avoid being rejected by society. To avoid not getting dates. Or to be hip and conscious and in with the “evolved” point of view. Deep inside, they may truly view it with caution. However, we can’t verbalize it or else we are seen as being the jealous type or having “trust issues.” Not relationship material.

It’s the new-age way of showing you have instant trust with your new partner. It’s a way of showing “security.” It also can be a way to overlook red flags.

The Myth: trust is a given until proven otherwise.

I mean, we all know “trust is a given until proven otherwise,” right? I’ve heard it a lot in my own personal life in dating. People assume it is a healthy outlook on dating. That’s not exactly so. Though popular, not necessarily healthy.

Trust is cultivated and earned in healthy relationships. Instant trust is just bypassing the uncomfortable work of allowing trust to build with words and actions matching. It takes time.

Is all jealousy unhealthy, and does it mean we are insecure?

Does jealousy mean we don’t trust our partners? Not necessarily. Jealousy isn’t unhealthy in slight amounts. It is natural. It isn’t always a sign of insecurity either.

Sarah Mirk describes it in her book Sex From Scratch: Making Your Own Relationship Rules: “First off, jealousy is a regular human emotion. We demonize jealousy because it feels so bad, but that’s just like dismissing any other emotion. Instead of ignoring jealousy and denying its existence, I think it’s healthier to listen to jealousy and try to learn from it.” [sic]

However, in today’s society, people use trust and jealousy as a weapon to justify their ideals and to judge someone. To justify their behavior, to turn it around on someone else. Making jealousy taboo. It can create shame. Seeing jealousy in that way doesn’t cultivate a secure relationship.

Jennice Vilhauer, PhD at Emory University, states that decades of psychological research shows that if not handled properly, these opposite-gender relationships can pose a threat to the intimate relationship.

These friendships can be healthy as long as we handle them with care. Often they are not. It leads to issues.

Since cheating itself happens to 60 percent or more of couples, it’s more likely that cheating of some sort will happen in any relationship. We aren’t subconsciously cautious for no reason. There is a basis for why we are aware, and it has nothing to do with trust. This is because it is often confused by what is healthy dynamics and what is pop psychology.

What is Micro-cheating anyway?

Cheating isn’t always about sex. There are a multitude of ways to cheat and a spectrum of both physical and emotional cheating. Micro-cheating is a form of cheating many are unaware of, but most have experienced it. It’s the minor act of cheating without having sex.

Allowing trust to build rather than just expecting to trust someone is a healthy way to build a strong relationship where we can see if they are worthy of our trust.

“When someone you have an intimate relationship with objects to an opposite-sex friendship, it is a very big mistake to assume that this is jealousy stemming from insecurity. Partners with high self-esteem will not tolerate the disrespect of poorly handled opposite-sex friendships. This is a sign of their emotional intelligence and their understanding of what it requires to maintain an intimate bond. The problem very likely isn’t the partner who is objecting, it is likely the way the opposite sex friendship is being handled by one or both of the friends.”

Years ago, I was in what felt like an emotional triangle. I was accused of being “jealous stemming from insecurity.” When what I was seeing wasn’t out of jealousy or mistrust, it was out of “this isn’t healthy.”

Because of my partner’s acceptance of society’s view on this opposite-gender friendship, my feelings and concerns were dismissed, demonized, and it ended up an issue in our relationship. She started showing up at even our most romantic dates. She was there as a friend, of course.

There needs to be respect in opposite-gender relationships. True friends respect the privacy and the bond of the couple. He didn’t see it as an issue but was confused about why she continued to show up. Because she was a friend, he didn’t want to say anything to her and risk their friendship. However, it caused me to have concerns about our relationship. After the breakup, I had confirmation of my gut feelings. Micro-cheating was going on.

Can we have opposite-gender friendships and our committed relationships, both?

According to Dr. Vilhauer:

“Creating an intimate bond with someone requires making them feel safe, loved, and cared for in a way that prioritizes the relationship with them above other relationships. The paradox of the intimate bond is that when it is treated with the care you would give if it were fragile, then it becomes stronger.”

Handle with care! Cherish your partner’s feelings and make the committed relationship a priority.

If we stopped listening to social norms, the pop psychology myths that we have taken to heart, and live by and look at what makes opposite-gender friendships work and create that, we can have the friendships and committed relationships both that we truly desire.

Lisa Hawkins is a coach and counselor with 26 years of experience in personal growth and development, psychology, and human behavior with an emphasis on relationships, which i… Read full bio