What to know when a Loved One is in an Active Dying Stage.

As I’ve begun to dig further into the topic of death and dying, I learned that there’s such a thing as an “active dying” stage.

The active dying stage is the final stage of dying when a body is actively working to shut completely down, and this happens between roughly three days to a few hours before death. Often, the person’s breathing will change, their skin might change color, and we’ll hear their “death rattle.”

I found this fascinating because this is the moment so many of us are equally terrified and curious about. And as I’ve learned from our readers at Elephant Journal, too many of us are completely unprepared for our loved ones’ final moments. But being prepared can transform a heartbreakingly bitter experience into a heartbreakingly sweet experience—for both us and the person who’s leaving us.

It allows us to honor the event, rather than be traumatized by it.

So, here are seven things to know when a loved one is actively dying:

Note: this advice pertains more to an expected death from illness or age, not an unexpected one.

1. This book comes highly recommended: The Final Act of Living by Barbara Karnes. If you have elderly or ill loved ones, read it soon.

One of our readers explains why:

“I experienced this with my grandmother. She helped raise me and we were extremely close. I sat by her bedside for nearly a week talking to her, playing music for her, and holding her hand. It was excruciatingly painful to watch, but I can’t imagine not having that time with her. I had a very hard time worrying about how she was feeling, if she was scared, in pain, etc. I found comfort in a book I found just a day before she passed which was written by a hospice nurse. The way she described what takes place during ‘active dying’ put me at ease. It was still incredibly painful, but I didn’t worry as much about her fear or discomfort.” ~ Ashley

2. Don’t try to force water or food on someone who isn’t hungry. One of the first things that start to shut down is the ability to feel thirst and hunger, and often, their body isn’t tolerating the food anyway. Asking them to ignore their intuition when it comes to food could make the dying process less peaceful.

3. The “death rattle” is a real thing—it’s actually called “terminal secretions.” When someone is actively dying, their body is still making saliva, but they’re unable to swallow it like they’d normally do when they’re well. It collects in the back of their mouth and throat, and as they breathe in and out, they produce a gurgling sound. It doesn’t usually bother the person, and it happens most often right before they pass away.

4. There’s something called a “rally” phase that often happens just before the active dying process when it seems like someone is suddenly doing well—they’re more lively and awake, they’re eating and drinking, and they might be more active than they had been. I didn’t realize it at the time, but I witnessed my grandfather’s “rally” phase when his last rites were held in his hospital room with family surrounding him.

5. A dying person sleeps a lot more. It’s a major part of the dying process, especially as the body drastically slows down. Our bodies were created to survive the birth process, but they were also built for the process of death.

6. The last sense we retain before dying is hearing, studies show. So when your loved one is dying, don’t just hold their hand. Talk to them. There’s a good chance they can still hear us. And even if they can’t, or if they’re hearing but not understanding, saying what we need to say is healing for us, too.

7. Death itself won’t hurt, but the conditions and diseases making us sick can still cause us pain. Even if someone is not awake or conscious, they may still be feeling pain and they will demonstrate how comfortable they are with facial expressions, whether they are restless, or having tension in their body.

And, thanks to Elephant’s readers, here are a few ways that we might experience a loved one’s death.

“When my mom took her last breath a huge perfect tear ran down her face. She had been unresponsive for five days.” ~ Teisha

“My mother went very peacefully. Unconscious for a short time, then gone. Found it an amazing experience and was happy I could be with her when she took her last breath.” ~ Christie

“Lots of emotion leading up to it and after, but in the walking through somehow incredibly grounded and deeply honored to support them in their transition as it unfolds.” ~ Beth

“We hear the saying ‘took their last breath’ but to actually see that last inhale and wait for an exhale that doesn’t come was something so profoundly peaceful and it’s like the universe just stops for a moment in time .” ~ Helen

This person’s experience was the one that hit me hardest:

“When my dad was dying (and my heart was breaking) a nurse came to comfort me. He said, ‘You realize you have been given a special gift, don’t you?’ I looked at the nurse unsure if he knew or understood my situation. How could watching my dad die be considered a gift? The nurse went on to explain that being present and helping a loved one transition from this earthly life to the next is one of the most intimate experiences we can share with another human being. He told me it is a gift denied to many. Until that conversation, I never realized that watching someone die could ever be considered a gift. However, I understand now. My dad (my hero, my rock) had spent a lifetime taking care of me, and I was able to do the same for him in the final hours of his life. It was not easy, but I will always consider being present when Dad took his last breath one of the greatest gifts of my life. I will always be grateful for the conversation I had with that nurse who put life, love, and dying in perspective for me. Had that conversation not happened, I may have viewed the experience entirely different. Real life angels show up in our life just when we need them.” ~ Allison

More reads (if you want to normalize death and dying): 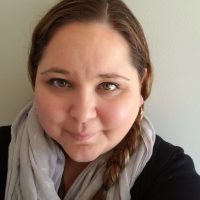